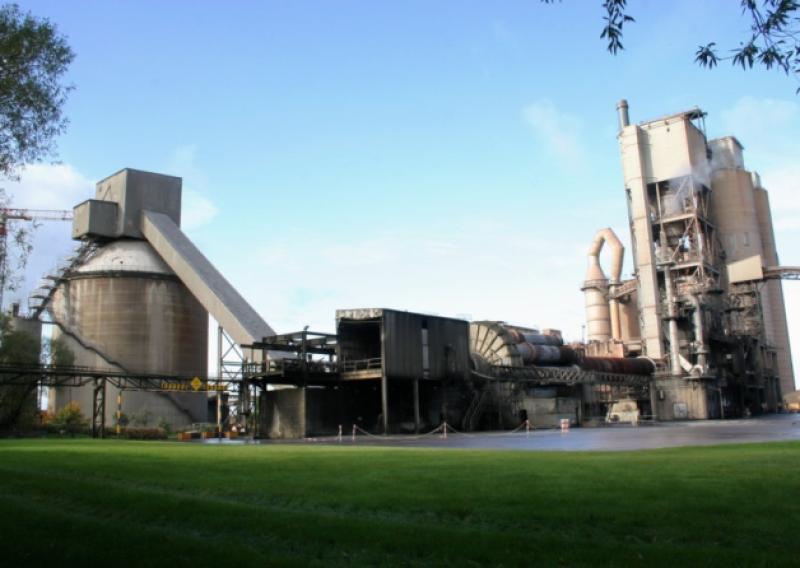 IRISH Cement has unveiled a €10m plan which will see it completely change the way it operates its facility in Limerick.

IRISH Cement has unveiled a €10m plan which will see it completely change the way it operates its facility in Limerick.

The company will shortly lodge a planning application with Limerick City and County Council to replace the use of fossil fuel used on the Mungret site for cement clinker production, in a move which will create 40 construction roles.

Instead, it will use alternative fuels and raw materials – including rubber from used tyres, which will be burnt at temperatures higher than in a volcano.

Thousands of tonnes of used tyres will be ferried to the Mungret factory, along with shredded plastics which waste disposal companies cannot process.

Bosses at the firm – forced to shed three-quarters of its staff in 2012 – hope this will help secure the jobs of the 80 staff currently working on the site, and “improve the operation’s sustainability.”

The news has been warmly welcomed by councillors in City East, with Independent member John Loftus praising the firm for being “open and transparent” with its plans.

The company will also be seeking a revision of its licence from the Environmental Protection Agency.

If Mungret Cement gets the green light, it will mean no cement plants in Ireland will produce the material using fossil fuels.

“Limerick is Ireland’s oldest cement plant, and its 77 years of operations has been sustained by continuous investment in new technologies and processes throughout the decades. After a recent period of reduced demand, production is once again on the increase for domestic and export markets – but this fuel replacement programme will be key to sustaining this growth,” said Limerick plant manager Pat Robinson.

Councillors who represent the Mungret area at City Hall were given a tour of the cement plant last week.

Cllr Loftus said: “This is not limited investment. When you consider the other industries which have come and gone in Limerick, it is good to see Irish Cement is sticking around. They are being open, being transparent, and letting people know.”

Under the new plans, the used tyres will be burnt at 1,450 degrees celsius.

The making of cement involves the mixing of materials including limestone, slate, ore, ash and heating them to nearly 1,500 degrees. Ash used in Limerick will come from Moneypoint.