Bank’s new Limerick network to be in place by December 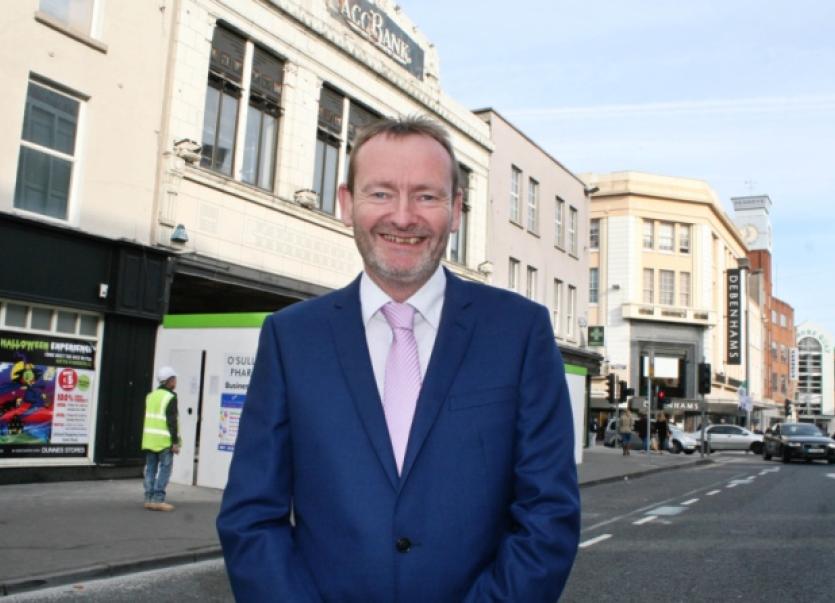 PERMANENT TSB has confirmed it will open its two new Limerick city branches in mid-December in a move which could see eight new roles created.

PERMANENT TSB has confirmed it will open its two new Limerick city branches in mid-December in a move which could see eight new roles created.

In a letter to its customers, the lender confirmed it will take over the former ACC Bank and Birthdays units at 131 O’Connell Street on December 14 next. A second new branch will open at the former Spar shop in University Court, Castletroy on December 21.

As a result of this, its existing branches at the former Martin’s Bakery in Sarsfield Street, and in William Street will close.

Pallasgreen men George McGrath, Permanent TSB’s regional manager for the west, is overseeing the investment, worth an estimated €1.7m.

He said: “It is huge for Limerick. This bank would probably spend €4m per annum on its bank network, so it is pretty much half the budget.”

Across the bank’s three city branches, only its outlet at the Crescent Court in Dooradoyle offers late night opening – on Thursday – as well as limited trading on Saturday.

Mr McGrath is hoping to change this.

“I envisage Castletroy will do the same. I am working to recruit staff for that. It is not for everybody, because it is a shorter-hours contract. But if there are readers who would like to work these, so long as they are qualified financial advisors, we would like to hear from them,” he said.

Ideally, the regional manager would like to see its new branch at O’Connell Street also offer the facility to open late on Thursdays, and for four hours on Saturday.

For this, he needs six staff. Permanent TSB employs 37 people across the city and county – 30 in Sarsfield Street, Dooradoyle and William Street, and seven in Newcastle West. But the new investment will also see two new jobs created immediately.

Staff based in the lender’s two city centre branches are being offered the choice as to whether they stay in the city, or move to Castletroy, Mr McGrath added.

“I think Limerick deserves this. The one thing worth noting is we have 37,000 customers in our three city branches along, not including Newcastle West. It is a pretty big number, and they deserve better,” he added.

Mr McGrath said at present, the bank is “a bit squeezed” in its offices at William Street and Sarsfield Street.

Opening on the main thoroughfare will mean more meeting rooms and space for general banking services.

However, it will not mean an increase in the operational hours of its cashdesk, which will still close at 3pm.

It is the success of the branch in Dooradoyle which prompted a new outlet in Castletroy.

He said: “With Dooradoyle, you have a branch where you can just drive up and park outside the door. So I wanted to find the same kind of thing. If you look at Castletroy, you see the number of businesses springing up there. Johnson and Johnson is expanding again, and there is something always happening out there. It is the right place to be at the right time.”

He also noted the increasing student population in the area, plus a number of university professionals also in residence in the suburb.

Permanent TSB first opened its Sarsfield Street branch 20 years ago, while it has traded in William Street since 1981.

Between times, it has also operated in the Stone Jug building in Catherine Street, plus a small office near Brown Thomas.

But Mr McGrath hopes this is the bank’s last big move for a very long time. He said its moving onto O’Connell Street sends “a very strong statement” to rival banks. “We see ourselves as one of the big three Irish banks. We are not spending €1.7m to stay still. We want to do as much as we can,” he concluded.