Hanks watches drama of ‘Hawk-Eye Down’ in Shannon 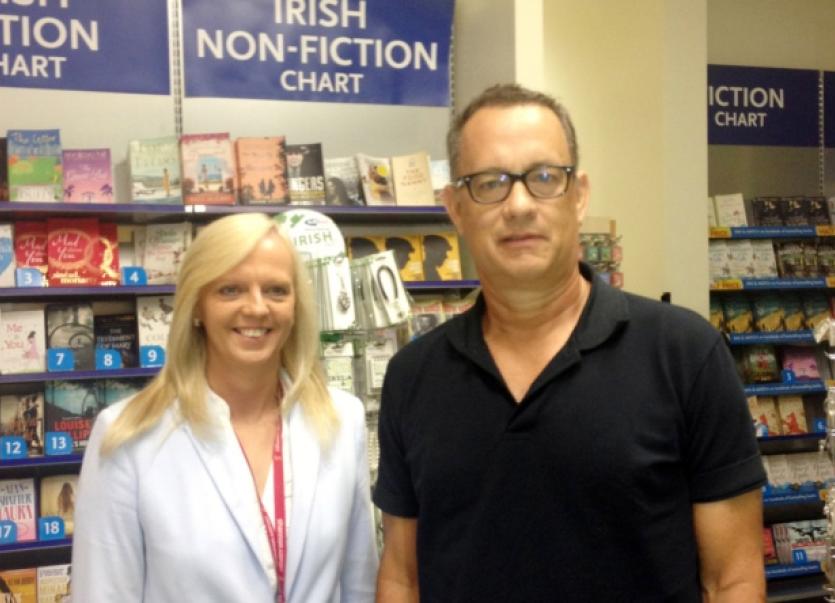 HE was the star of Saving Private Ryan but there was nothing Oscar-winning actor Tom Hanks could do on Sunday but watch on as Hawk-Eye went down!

HE was the star of Saving Private Ryan but there was nothing Oscar-winning actor Tom Hanks could do on Sunday but watch on as Hawk-Eye went down!

The Hollywood star who was on a stop-over in Shannon Airport with his wife and children spent his time in the transit lounge watching the Limerick minor hurlers battle it out with Galway, on the tv screen.

The A-lister who starred in the comedy-drama The Terminal about a man who became trapped in a New York city airport terminal, was having a more uplifting experience in Shannon Airport’s The Sheridan Bar on Sunday afternoon where he sipped Guinness while watching the game which will go down in history for the Hawk-Eye malfunction.

And it wasn’t the first Hanks had heard of hurling according to duty manager, Carmel Donnellan.

“One of his sons went to the bar for a Guinness and I said ‘why don’t you go and watch the hurling match - have ye heard of hurling?’,” Carmel explained. “He said ‘Oh yeah, the last time I was in Shannon there was a hurling match on as well’.”

According to Carmel who hails from Mill Road, Corbally, Hanks went up to the bar, tasted his son’s pint of Guinness and said ‘I will have a glass’ “and the two of them sat down and they watched some of the minor match”.

Hanks, his wife actress Rita Wilson, and three of their children were en route to the States by private jet having holidayed in Greece. “It was all very relaxed,” said Carmel, “he said to his wife ‘you have to watch this, it’s a hurling match’. He was such a gentleman.”

Even though he is a global superstar, it was the actor’s Californian twang that gave him away to staff at the airport. “You would have to look at him twice, he was so casual. It was his voice really that you would notice - the minute we heard him speak we said ‘that’s Tom Hanks!’ He was just lovely. He posed with everybody - anybody who wanted their picture taken, he had no problem.”

Hanks is the latest in a who’s who of celebrities who have passed through the airport in recent weeks. “Justin Timberlake and Jessica Biel were here about a month ago. We had Bruce Springsteen as well when he was doing the concert. He literally left Thomond Park, got a garda escort, got onto the plane and flew out to Paris that night.”