O’Dea’s memoirs still in the pipeline 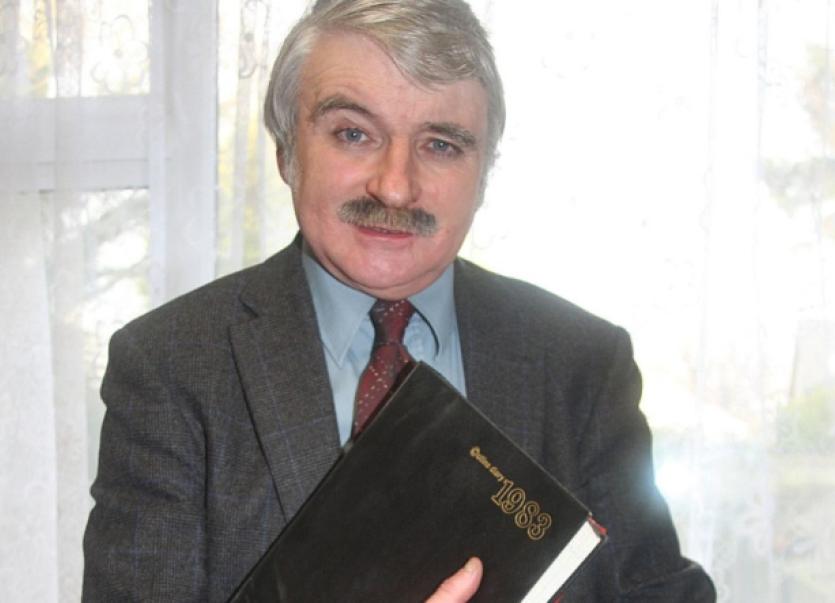 HIS PEN may be temporarily down, but Fianna Fail deputy Willie O’Dea has confirmed he will return to ‘polishing off’ his memoirs after the next general election.

HIS PEN may be temporarily down, but Fianna Fail deputy Willie O’Dea has confirmed he will return to ‘polishing off’ his memoirs after the next general election.

Speaking to the Limerick Leader, the former minister for defence first revealed his plans to publish his memoirs two years ago, and said he has been approached by publishers since that article appeared in the Leader.

“I’m still jotting down things most days. I’m keeping a diary and I’ll have to go back and polish it up and make it a bit more entertaining,” he said with a laugh.

“I have loads now going back to 1982. A couple of publishers spoke to me after the story, but I had to let it lapse, because I haven’t time to do much writing at the moment, I’ve been too busy. I’ll revive it again immediately after the election,” he explained.

The 62 year-old deputy – who has been in Government since 1982 but was famously forced to resign in November 2009 – earlier said he may release his magnum opus of political life in two volumes “to whet the public’s appetite”.

However, he stressed that he would only do so when he retires from political life, but has no such ambitions just yet - depending on the preference of the voters in the next election. He said he’ll continue to seek election “as long as the voters want me” and “certainly won’t write it until I’m out of the Dail.”

“You wouldn’t know how you’d feel from election to election,” he said in 2013. “The last time I was seriously considering getting out, but I was persuaded to stay on and hold a seat for the party, which I did.”

And there is no doubting he will have plenty of subject matter. Last week he was accused by his parliamentary colleague Mattie McGrath for being arrogant and out of touch as he said he will not contemplate the idea of going into government as Fine Gael’s junior partner in 2016.

“I have not the slightest doubt that going into coalition with Fine Gael as the junior partner would herald the end of Fianna Fail,” he said.

He said that a coalition of Fianna Fáil and Fine Gael would only allow the other parties to grow, or alternatively would mean the possibility “of a government led by Sinn Féin and the loony left and the left overs”.

Indeed, the results of the forthcoming general could well form a further chapter to the book.

He said the memoirs would reveal some secrets from the Cabinet table as the economic crisis peaked, which he said will come as a surprise the public. “We went through a lot of turbulent times,” said the former poll-topper, “the battle of the Haughey leadership, through to the Albert Reynolds times, the years of the Celtic Tiger, being re-appointed to the Cabinet by Brian Cowen, and resigning as a minister.”

“There’s a lot of high points from the public point of view. It’s been a pretty eventful period and we lived through some eventful times. We’ve had the massive recession of the 80s, the arrival of the Celtic Tiger, and back again to a very severe recession. We’ve seen highs and lows and ups and downs.”

He promised that any forthcoming publication won’t be a political “whitewash”.

Asked if he’ll reveal his true feelings about political figures, he said: “Absolutely – subject to the lawyers. You’d be amazed who I’d be talking well about and surprised by who I won’t be talking so well about.”

“I guarantee you there’ll be heavy involvement by the legal profession.”

Deputy O’Dea said he regards the works by Alan Clark, the British Conservative MP and diarist, who served as a junior minister during Margaret Thatcher’s governments, most highly and that is the style he would like to replicate.

“It was absolutely exhilarating stuff. Clark made £8m from his books, but I won’t be doing it for money.”