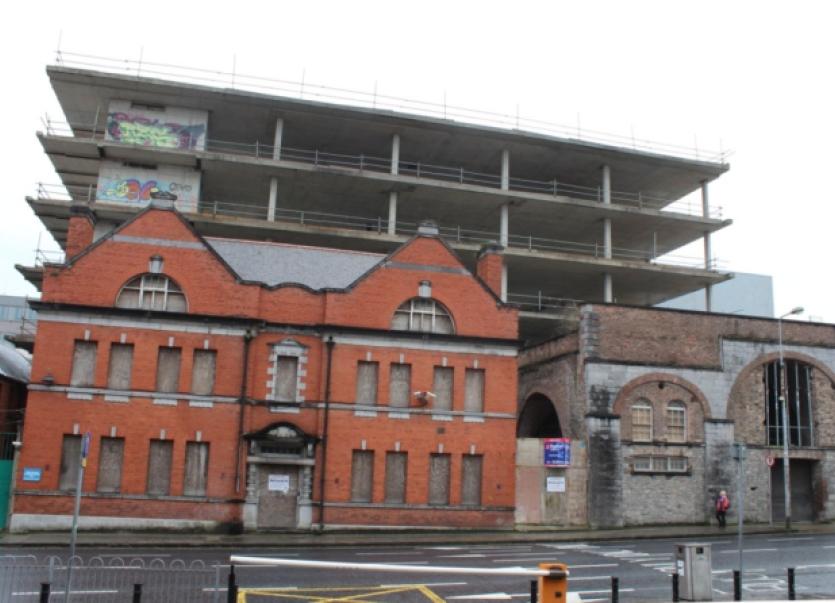 THE chief executive of Limerick City and County Council said he expects to see activity at the Hanging Gardens site in the city ‘before year end’.

THE chief executive of Limerick City and County Council said he expects to see activity at the Hanging Gardens site in the city ‘before year end’.

Conn Murray was speaking after new plans for the Opera Centre site in Patrick Street were outlined.

But another regenerative project for the city centre is the Hanging Gardens site on Henry Street, which has been derelict since the onset of the recession.

Originally owned by developer Robert Butler, the council has purchased the property and Mr Murray confirmed that an adjoining site has also been acquired by the local authority.

“As you know, the site has been acquired from Nama. We have acquired the additional site, which was the original Thomond Supply site,” he confirmed.

A procurement process to transform the site into clean office space is under way, Mr Murray said.

And he said he is targeting the end of the year for action on the land.

Original plans for the site would have seen retail space at ground level and four floors of office accommodation over basement car parking.

It would have seen the reintegration and regeneration of two protected structures; the 1903 Mercantile building and the 1808 Hanging Gardens building.

But the development is still half-complete, and considered by many to be an eyesore.

In a previous budget report to councillors, Mr Murray said the site, once completed, could house up to 800 office workers.

The Hanging Gardens got its unique name from the fact its first owner, local banker William Roche, was known to have grown exotic fruits in the courtyard.