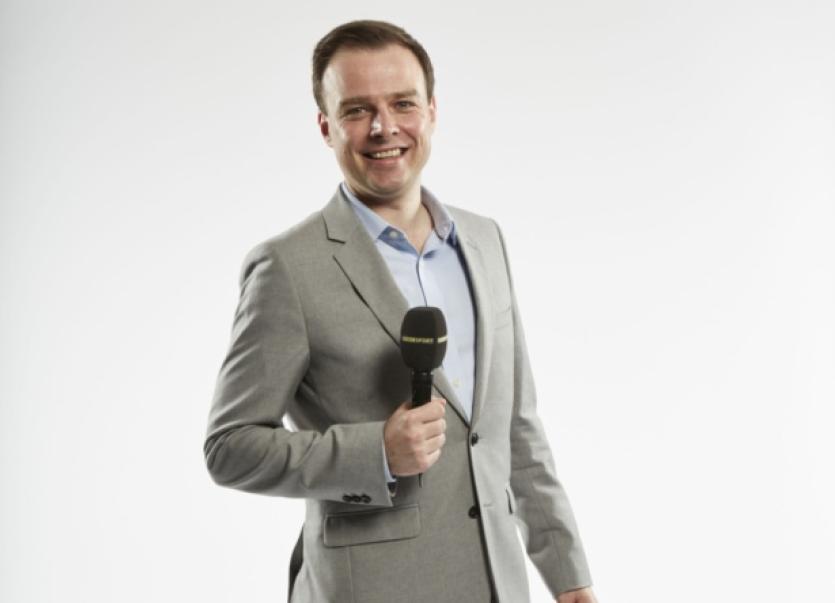 IT WAS almost by accident that Conor McNamara got his big break in football commentary.

IT WAS almost by accident that Conor McNamara got his big break in football commentary.

While working for Today FM during the course of the 1997/1997 season, the station acquired the rights to the FA Cup final and Limerick’s Conor got the nod unexpectedly, at least to him.

Conor, now a 10-year veteran with BBC’s Match of the Day who joined the corporation in 2002, has been nominated for a Football Supporters’ Federation award in the UK.

The son of well known former 2FM DJ and businessman Michael has been nominated in the commentator of the year section and he told the Limerick Leader he was “honoured” to be among exalted company such as Sky’s Martin Tyler and Clive Tyldesley of ITV.

“It is great, first of all, being nominated for something like this,” he said, speaking from his Manchester home. “It is a hard group to break into among long established names in this business and I think where players come and go, it is the same commentators that you hear. It is not like you can nip in and out of this group – it takes you a while to earn your stripes to get into it, so it is really great that way.

“My Dad jokes about Sky coming over to do GAA – if an English commentator came over to do hurling or football, how warmly would they be received? It is great for an Irishman to come over here and they don’t say ‘who is this guy, why is he telling us about our sport?’ So I guess that makes it extra special,” added Conor, who went to college in England. He worked with Radio Limerick as a teenager and later Today FM and TV3, first commentating on that fateful FA Cup final game in 1997.

“I got a gig with Today FM doing match reports - that was 1996-97 - and at the end of the season they got the rights to the FA Cup final for commentary. They rang me and asked me to do it. That was the first one I ever did,” he laughed.

He typically takes control of one game a month for Match of the Day, but also works full time for BBC Radio’s Five Live service across soccer, golf and rugby.

Thousands of fans across the UK selected the nominees and voting is open to the public on both sides of the Irish Sea until Monday, November 24, with the winners announced at an awards dinner on December 1 in London. Conor will also be up against Jon Champion of Absolute Radio and BBC colleagues Guy Mowbray and Alan Green for the award.