Limerick men row to Scotland for charity thanks to a ‘mistress’ 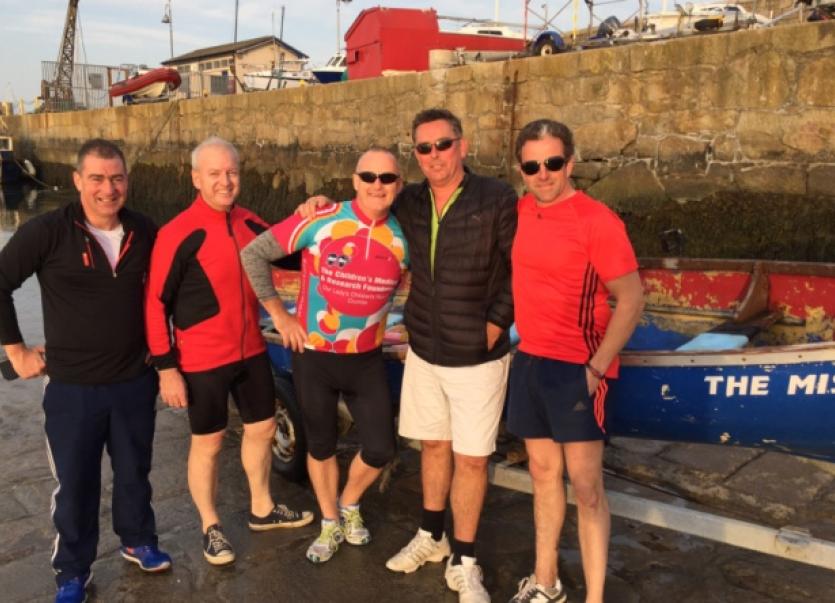 THREE LIMERICK men are heading to Scotland for a weekend, thanks to a “mistress” – but it’s all above board!

THREE LIMERICK men are heading to Scotland for a weekend, thanks to a “mistress” – but it’s all above board!

They are part of a group of six who will row from Donaghdee, Co Down to Portpatrick on the Scottish coast on a boat called The Mistress. All the proceeds raised will go to St Vincent de Paul.

Peter, from Crecora, blames a different type of liquid to sea water for his participation.

“It is the idea of St John Dundon from Castleconnell and Ivan Powell, Kilkenny. There was some occasion when I had a pint too many and I decided to join in. We are all aged in our mid-forties and beyond with a combined age 288!” said Peter.

The third local man in the seafaring party is auctioneer Des O’Malley, from the Ennis Road.

“It will take around six hours – weather and conditions permitting. The idea is to try and make it as easy as we can. The plan is to head out with the tide and head back in with the tide,” said Peter, who never rowed away on anything in his life apart from the occasional lazy horse.

“For the last couple of months myself and St John and Des have been going to City Gym. We’ve been doing circuit training with Chris Delooze. It’s an interesting challenge so we said we would try and take it on,” said Peter, who credits the energetic St John, a partner in Dundon Callanan Solicitors, with all the organisation.

“We will have a RIB [rigid-inflatable boat] beside us to navigate and make sure we don’t do anything stupid,” said Peter. Their boat will be coxed by an experienced ocean rower/helmsman while medical personnel will be present on the RIB.

Peter – the Irish representative of Qatar Racing, owner of Rathmore Stud and manager of Spring Lodge – said there has been a lot of slagging in the stables in the run up to the voyage, particularly about the boat’s novel name.

Amid all the fun they aim to raise as much money as possible for a very serious cause - homelessness.

“The homeless situation has been in the news so we thought we would support St Vincent de Paul,” Peter said.