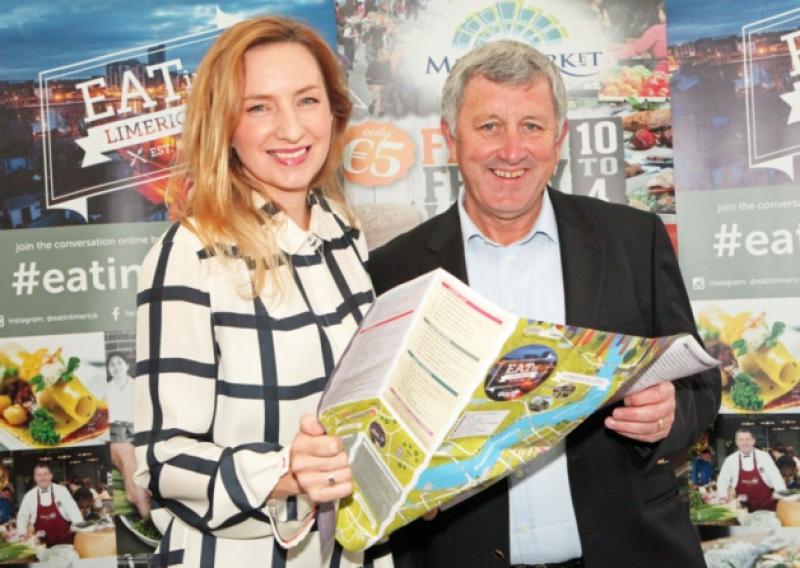 A BROCHURE and map highlighting some of the best of Limerick’s culinary scene has been launched to promote dining across the county for both tourists and locals alike.

A BROCHURE and map highlighting some of the best of Limerick’s culinary scene has been launched to promote dining across the county for both tourists and locals alike.

The guide map, of which some 15,000 will be distributed initially in the region, was launched in the Milk Market by its creator, Olivia O’Sullivan, a graphic designer, writer and food lover who merged her passions to produce this guide, which has been supported by GGL Security and LEO.

The guide and its associated media online are being promoted under the banner #eatinlimerick, and people are encouraged to add their voices to the burgeoning Limerick food scene.

“Food is far more than just sustenance. It’s becoming a hobby for so many people, it’s a lifestyle, and that passion is shared on social media all the time, from pictures of your perfect morning coffee to lunch on-the-go,” explained Ms O’Sullivan.

“The photos and posts are already out there; if we start using the #eatinlimerick hashtag with them it will enhance the local food community and create a conversation. It will also show tourists what we have to offer in Limerick.

“Food tourism is becoming big business and we should be selling ourselves as a great food destination. We’ve always had a great food history in Limerick. It’s time we realize how much we have to contribute to the national food story.”

She said producing a ‘foodie guide map’ for Limerick city was a must, “as there are so many new eateries even locals can’t keep up with happening, not to mention trying to inform visitors”.

Limerick company GGL Security, who operate nationally and internationally and have headquarters in the city, is the main sponsor of the project.

Derek Tobin, managing director of GGL Security, praised the enterprise and Olivia’s determination in seeing it through.

Social media users are being encouraged to use the hashtag ’#eatinlimerick‘ on Facebook, instagram and Twitter to highlight how much is going on in the Limerick food scene, from casual, healthy and gourmet dining, to homegrown produce.

The guidemap highlights 12 of the top eateries in the region in detail, as well as a features map listing for over 100 more outlets.