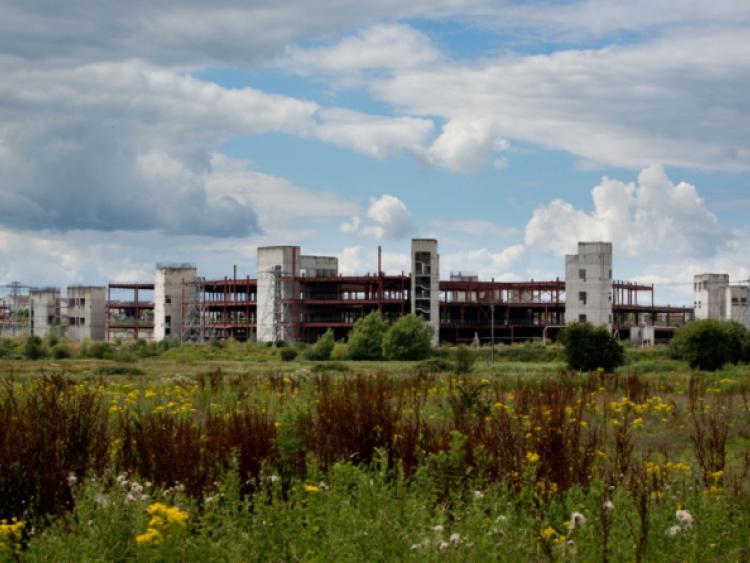 AN Bord Pleanala has granted planning permission to allow the €100m Horizon Mall on Limerick’s Dublin Road to go ahead, in what many believe may prove to be a huge blow to the vitality of Limerick city.

AN Bord Pleanala has granted planning permission to allow the €100m Horizon Mall on Limerick’s Dublin Road to go ahead, in what many believe may prove to be a huge blow to the vitality of Limerick city.

It was announced this morning that the board approved the plans by the Belfast based developer Suneil Sharma for the site, which has been lying vacant and partially constructed for a number of years.

Speaking to the Limerick Leader this Friday, Mr Sharma said he would not be commenting in full on the decision - and the conditions set out by the board.

“I am delighted at the An Bord Pleanala decision announced earlier today. I look forward to working with all stakeholders in the city to maximise the economic benefits of the Horizon Mall project and will be commenting in greater detail in the days and weeks ahead,” he said in a statement issued this Friday afternoon.

Mr Sharma had argued in the past that the development would bring up to 1,500 jobs to Limerick while opponents believe it would have a devastating effect on the city centre.

“The project represents one of the largest ever private sector investments in the Limerick area, and will create 1,500 retail jobs and 500 construction jobs,” he said previously.

He had sought to modify the plans to the partially built site, originally known as Parkway Valley and renamed as Horizon Mall, but it was turned down by the amalgamated Limerick City and County Council. He then appealed that decision to An Bord Pleanala.

Thirteen objections, representing more than 60 businesses in the city and surrounding areas, had been lodged against the plans. A variety of businesses, including pubs, hotels, other shopping centres, the Hunt Museum, and even Barringtons Hospital had objected to the plans.

The revised plans have reduced the size and scale of the development from 73,142 square metres to 63,712 square meres, with its height knocked down by nine metres to 33m.

The plans include two anchor tenants - one expected to be Marks and Spencer’s largest store outside Dublin - as well as 37 smaller outlets, down from 75 units when the project was first mooted.

M&S recently confirmed that it is still their intention to open a major store in Limerick, after their plans to open a major outlet in an extension to the Crescent Shopping Centre were turned down.

Sharma’s larger plans for the site were granted by the then Limerick County Council in 2007, but the current planning permission under this application lapses in August 2016.

Limerick Chamber said it was “extremely disappointed” that permission had been granted to develop the Horizon Mall on the fringes of the city.

“Limerick Chamber is concerned that the scale and extent of this development will have a direct and irrevocably negative impact on the vitality and viability of the city centre as the tier-one location within the regions accepted retail hierarchy. We are also concerned, based on lessons from the past, that the development will have adverse consequences on the economic well-being of the city centre as well as the tier-two district centres located in the wider metropolitan area as well as retail centres and towns located in the hinterland.

“We will now hold discussions with key stakeholders to ensure that this development does not jeopardise and derail the €250 million Limerick 2030 plan which has the potential do deliver 5,000 new jobs.

“We strongly support and encourage the continued economic development of and investment in the region once it contributes to a healthy and attractive business environment and would not result in significant adverse effects on the vitality and viability of Limerick city centre and region,” they said in a statement.

Those who had made a submission or objection in relation to the plans received a letter from An Bord Pleanala this morning.

The announcement will also come as a blow to Limerick City and County Council, who had just recently announced major plans for the development site on Patrick Street and Ellen Street, in conjunction with the University of Limerick.

The ‘Opera Centre’ site was originally due to be developed by Mr Sharma, but he sold it on to a group of investors who were due to develop it, but failed to do so during the economic crash. The site was then bought by the local authority for €12.5m.

Limerick City and County Council has said it is “considering” the implications of the decision by An Bord Pleanála to grant planning permission for the revised proposals for the commercial development.

“It is noted that the developer is required, because of the decision, to complete the development by August 2016,” it says.

“The Council’s focus remains on the delivery and roll out of its 2030 economic and spatial plan for the renewal and development of metropolitan Limerick.”