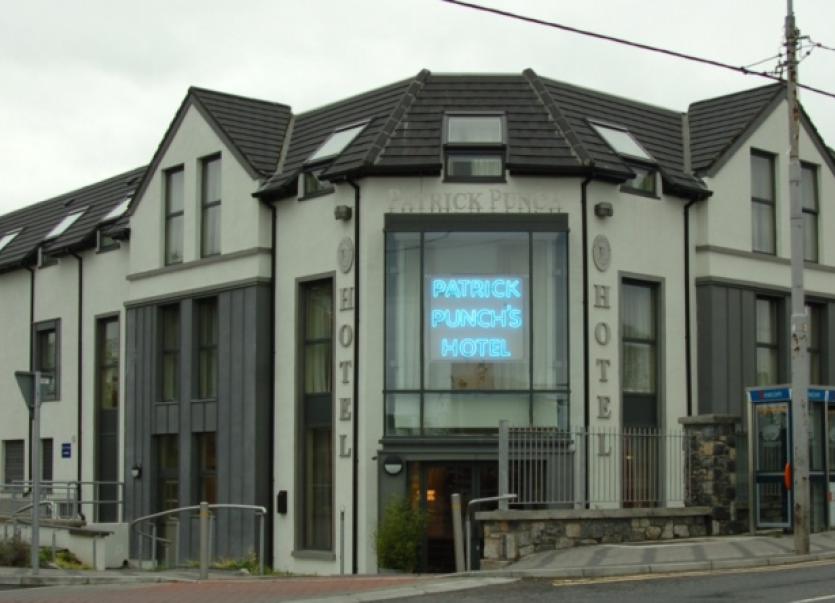 FULL-TIME student accommodation is being offered in the former Patrick Punch’s Hotel in the city.

FULL-TIME student accommodation is being offered in the former Patrick Punch’s Hotel in the city.

An advert has appeared on the housing web site www.daft.ie offering rooms for rent in the old hotel - which closed in 2013.

Both single and double rooms are on offer, with a move in date of Tuesday, September 1.

The agent for the property is Property Management Ireland, which manages a number of other student blocks, primarily aimed at those studying in Mary Immaculate College.

Referring to what is on offer as ‘Punches [sic] Student Residence’, it is pointed out the building is just five minutes walk away from the South Circular Road college.

The advert states that it is “hotel style accommodation comprising 72 ensuite rooms over two floors with shared, generously equipped kitchen and dining facilities.”

Pictures with the advert show the front of the hotel,, images from the reception area and photographs of some of the rooms.

The reopening of the building will likely be welcomed by the community, who have seen it fall into dereliction since its closure in April 2013.

Earlier this week, the University of Limerick confirmed it had around 50 of its medical students staying in the property while taking their exams last month.

They returned to Limerick having been on placement at hospitals across Ireland.

Patrick Punch’s Hotel went into liquidation in 2013 and closed with the loss of 50 full- and part-time jobs.

But it was purchased by local hotelier Paddy Hoare, who owns the Kilmurry Lodge Hotel in Castletroy, last December for €1m.

At this time, it was stated the new owner hoped to have it back in business as soon as possible.

When the landmark hotel went on sale back in 2013, Gordon Kearney of Rooney’s Auctioneers said one investor had expressed an interest in converting it into student accommodation.

City West Fine Gael councillor Maria Byrne, who lives close to the site on the Ballinacurra Road, has welcomed this.

She said: “That is certainly very positive. The more footfall it brings into the area, the more people will spend in the surrounding areas. It is great to see life being put back into the building. It is good for the city, as it will encourage them to spend their money within the city area.”

It is unclear whether the hotel bar or gym will reopen as a result of this development.

Mr Hoare could not be reached for comment this week, while Property Management Ireland were also not available for comment.