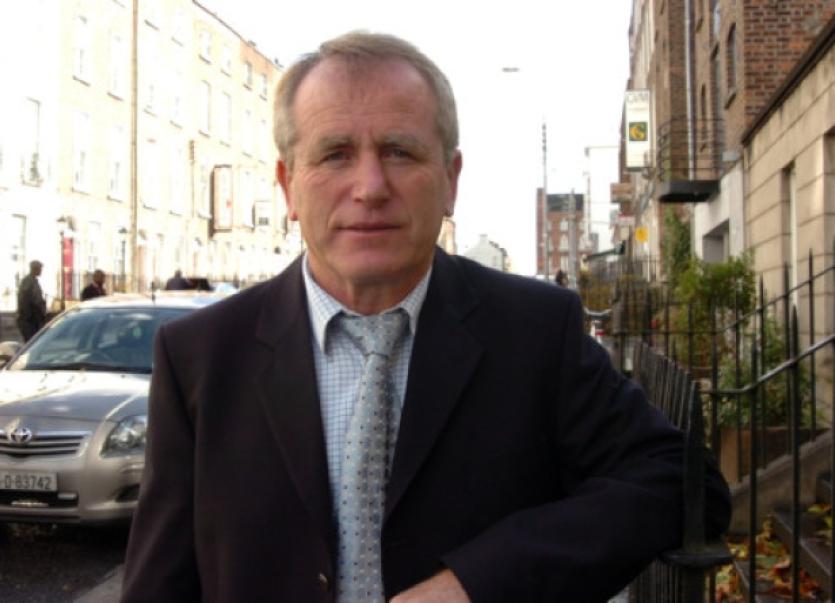 LIMERICK developer Micheal Ryan has hit out at An Bord Pleanala for turning down his plans for a housing development on the South Circular Road based on one reason – the risk of flooding – claiming the land is four metres above the River Shannon.

Mr Ryan, managing director of M.A. Ryan & Sons and chairman of the Mid-West branch of the Construction Industry Federation, said he was “amazed” and “extraordinarily disappointed” with the decision to refuse plans for 24 houses on Greenpark Avenue, a cul-de-sac off the South Circular Road, in a development estimated to cost between €3m-€4m.

“It’s quite amazing that the only reason that counted was the risk of flooding as the site isn’t on a flood plain. If that was the case half of the developments in Limerick would have to be refused. It’s ridiculous. It’s a complete catch-me-all [refusal]. Limerick City Council had no problems in the area of flooding. I’m mystified, it’s a shock,” the Mallow Street-based builder told the Limerick Leader.

Mr Ryan, who has built in excess of 700 houses around Limerick, said he spent over €60,000 on the application, which was initially approved by Limerick City Council subject to a number of conditions. However, it was appealed to An Bord Pleanala by a number of local residents, and Limerick Race Company.

The development was due to be built on the site of the former racing ground, but the race company claimed that these proposals would hinder any future plans to develop lands they have retained on the site in a contract of sale with the builders.

He anticipated that at least 30 jobs, and potentially rising to 80 jobs could have been created during the construction phase.

“Now we have civil servants in Dublin telling is we can’t create employment in Limerick,” he continued. “This passed all the criteria. The board’s decision was incorrect. It took them 17 months to make a decision, and they came up with this catch-me-all excuse. It doesn’t make any sense to be refused on flooding grounds. I’m very annoyed. It has been thrashed out for more than two years and we bent over backwards to change the plans.”

In a 36 page report, an inspector with An Bord Pleanala recommended that the plans be refused on three grounds, including traffic concerns, but overall the board did not accept all of these reasons. In a two-page ruling, the board said they were taking into account the history of “flooding on the site” - it was flooded in the 1960s and 1999 - and said any future proposal for a development on that site should take into account the risk of flooding in a certain area. Limerick City’s Development Plan also identifies part of the site as being within a flood risk area. The inspector said while the applicant stated in his report that the area has never flooded, this is not the case.

If built, Mr Ryan said the houses would have been marketed at around €300,000, with a B1 energy rating, pointing out the need for good quality family homes in Limerick city, which has been backed up by local auctioneers. In their objections, residents argued the cul-de-sac was too narrow for such a development, and expressed fears that it could become another ‘ghost estate’.

They said the small reduction in houses in the development was “inadequate to mitigate the grossly inadequate roadway and footpath.”