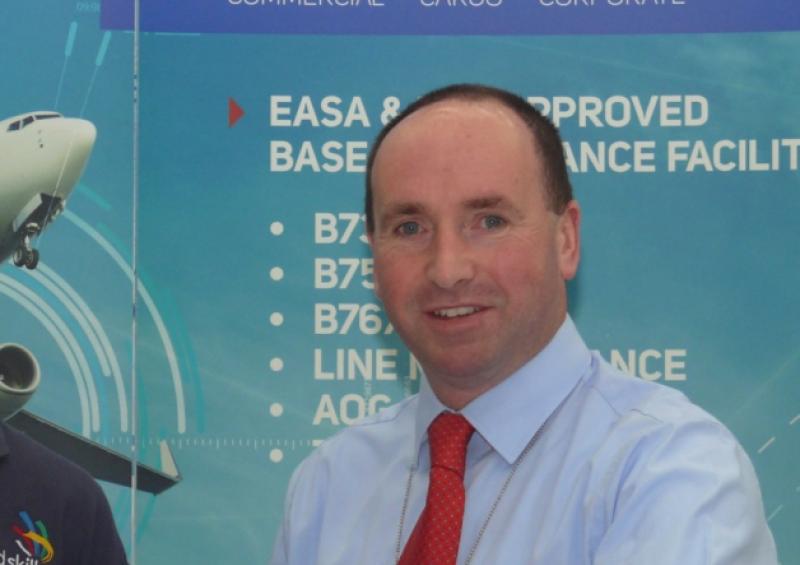 And new owner Patrick Jordan, who is to invest €1.5 million in the company as it exits examinership, has already spoken of his plans to grow the business at Shannon.

Reports at the weekend stated that Transaero creditors the Shannon Airport Authority (owed nearly €2.2 million) and Aer Lingus (€1.8 million) have taken significant haircuts as part of the restructuring. It is understood that staff have also made sacrifices on wages and benefits to secure the future of the operation in Shannon.

Now operating as Atlantic Aviation Group, the company has a history in Shannon dating back to 1962 and was acquired by Transaero in 2012, when Taoiseach Enda Kenny visited the Shannon hangar.

Mr Jordan is from Ballina, County Mayo, and is a former Siteserv executive.

Following his acquisition of the firm, Mr Jordan said he is eyeing growth and plans to take on new apprentices this year.

“Shannon is recognised as a worldwide hub for aircraft leasing and maintenance. It has also been identified by the government as a major growth sector. It was important that these jobs were not lost to the region, as an industry of this type cannot be turned on again overnight, Mr Jordan said.”

“I think this is a wonderful opportunity for all connected parties to stabilise and grow this business over the coming years. The company will need the support of our staff, customers, suppliers and the various state agencies to grow profitably but the support to date locally has been tremendous. Some change will be required but the outlook is very positive.”

Welcoming the new investment in the company, CEO William McGonagle said he was confident that the new ownership would enable Atlantic Aviation Group to build on the strong relationship that it has with its core customers.

“I wish to acknowledge the remarkable support of customers, staff and suppliers over the past few months. The support shown to us by many in the industry is a great testament to what the company does –quality aircraft maintenance, employing a quality and responsive workforce.

“Atlantic Aviation Group will focus on repaying that support over the coming months and years by continuing to deliver to our customers’ expectations,” Mr McGonagle said.

And Shannon-based Fine Gael senator Tony Mulcahy congratulated staff and management on having come out of a three-month examinership process.

“This is a hugely positive story as it secures the future of a significant aircraft maintenance facility, which will also give confidence to other operators considering investment in Shannon,” said Senator Mulcahy.

“It is important that Transaero’s customers and suppliers also be acknowledged for their support for the company. This important Shannon operation can move forward with confidence and I am particularly delighted that job security has now been confirmed for workers there,” he added.