Limerick land bought for millions back for sale at agricultural prices 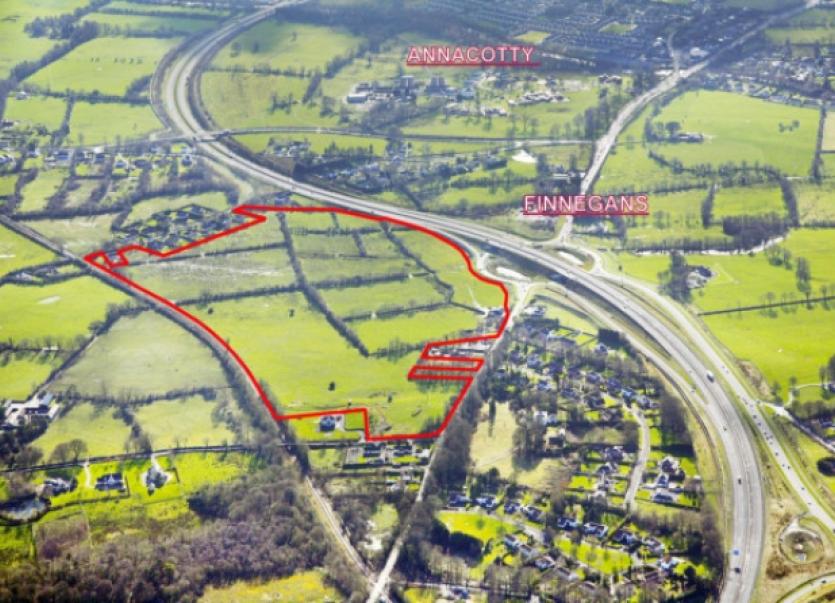 A PRIZED parcel of land with huge development potential has come on to the Limerick market in the last week at agricultural prices.

A PRIZED parcel of land with huge development potential has come on to the Limerick market in the last week at agricultural prices.

The 62 acres at Ballynagowen, Lisnagry was sold at auction during the boom years. There have been conflicting reports with some locals suggesting it fetched as high as €5 million but others saying the gavel fell at around the €2 million mark.

What is known for certain is that Tom Crosse, of GVM Auctioneers, is guiding at €675,000. That works out at over €10,000 an acre - the current asking price for good agricultural land.

Despite it being only on the market for a matter of days, Mr Crosse already reports good interest in the 62 acres which is for sale by private treaty,

“It is a fantastic location situated within close proximity to the University of Limerick and local industrial/business parks,” said Mr Crosse.

The farm of land, which is privately owned, is situated beside Finnegan’s roundabout with frontage to the motorway, Newport Road and Ahane Road.

Currently there are cattle grazing there but with green shoots beginning to emerge in the economy and house prices starting to creep up it might not be too long before the bovines are replaced with bricks and mortar.

“It is ideal for agricultural use coupled with an excellent long term investment. It is excellent quality land laid out in easily managed divisions, well watered and fenced. There are potential sites on both Ahane and Clyduff roads. There is also a bungalow residence which is in need of repair,” said Mr Crosse.

Kieran Considine, branch manager of AIB 106 O’Connell Street, recently told the Limerick Leader that so far this year approximately €33m was approved by AIB toward the purchase of residential properties across the city with the average loan amounting to almost €151,000. Yet another sign of the growing momentum in the residential property market in Limerick.

It is understood that when the land at Ballynagowen, Lisnagry was bought during the Celtic Tiger the plan was that its owners would capitalise on its obvious property potential.

“There are a lot of luxury house adjacent to it,” said Mr Crosse, who adds that, “It is land that in the long term may come back in to money again”.

It was also mooted as a site for a park and ride facility for people to go into the city centre.

It will be very interesting to see if the land makes well above the guide price of €675,000 as it would be another indicator of the lift in the economy and confidence in the future.