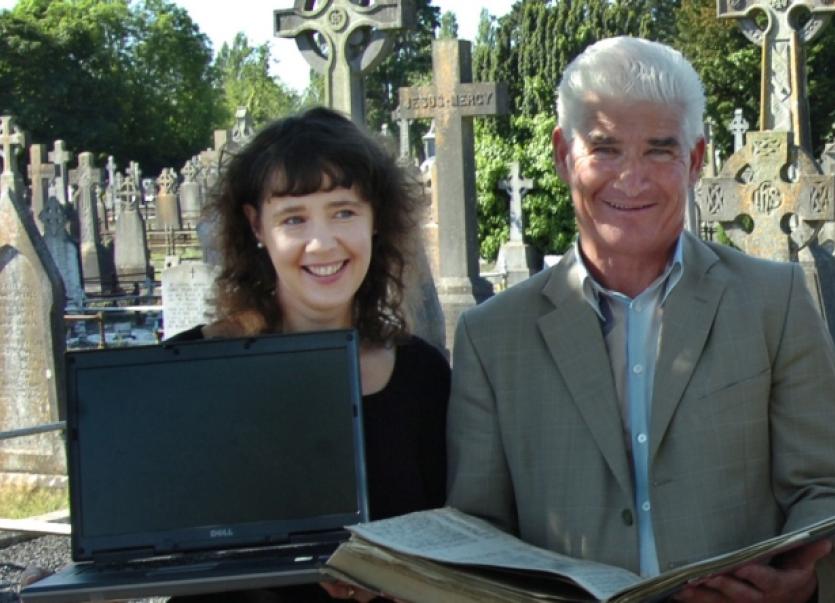 AN online, searchable database of more than 70,000 people buried in Mount St Laurence is to be launched next month.

AN online, searchable database of more than 70,000 people buried in Mount St Laurence is to be launched next month.

Limerick became the first local authority to put its burial registers online in 2009.

Now, staff from the City Archives in conjunction with the history department at Mary Immaculate College have spent the past two years manually transcribing thousands of handwritten records of those buried between 1855 and 2008 and have created a database.

The records include the name, age, address and in many cases, the cause of death of those buried in the 164-year-old cemetery.

Mount St Laurence graveyard has been the primary place of burial in Limerick City for all strata of society since its opening.

It was opened after burial ground elsewhere in the city was placed under pressure following cholera epidemics in the 1830s, followed by the Great Famine of the following decade.

It has been extended on a number of occasions, including earlier this year when councillors voted to add an extra 800 grave spaces burial ground.

Mayor Kathleen Leddin has hailed the upcoming launch of the online records system as an important step in the city’s preparations to become national City of Culture next year.

“There are few people in Limerick City and surrounding parts, including southeast Clare and Co Limerick, who do not know somebody or do not have a relative who is buried at Mount St. Lawrence Cemetery. This online database will make it much easier for members of the public, both at home and abroad, to locate information relating to their deceased relatives.”

Archivist Jacqui Hayes said that although official records show 70,000 individuals were interred in Mount St Laurence up to 2008, the actual number is believed to be higher.

The public will be able to click onto a person’s name at the council’s website and learn where their burial plot is located. The new system will also enable people to click onto a point on a map and discover who is buried there. The records will be launched at No 2 Pery Square, which is acting as the city’s headquarters for the City of Culture project, onAugust 20.