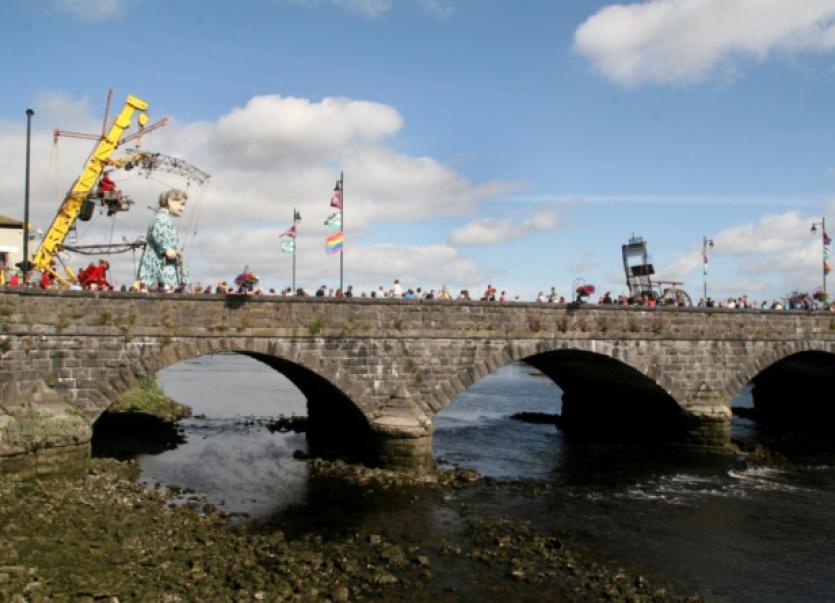 LIMERICK City and County Council plans to spend over €230,000 this year on repairs to Limerick’s oldest bridge.

LIMERICK City and County Council plans to spend over €230,000 this year on repairs to Limerick’s oldest bridge.

But the project at Thomond Bridge will not mean the crossing will be closed to traffic.

“The council has no major structural concerns about Thomond Bridge, although it is the priority bridge in terms of repairs. It is the council’s intention to carry out these works this year. There is some scour damage to the bases of some of the piers and this is the main repair works involved,” a spokesperson explained.

“It is envisaged that one lane of traffic will be permitted over the bridge during the works and a traffic management plan will be prepared accordingly. Assuming permission is received from An Bord Pleanala and ministerial consent is received, construction should commence mid summer and be completed by the end of this year.”

There will be some underwater work involved in the project, which entails the removal of vegetation; repointing masonry on piers and abutments; repairing scour damage and installing protection around the bases of the piers as well as repairing a wing wall.

A bridge has stood at the location since the 12th century and the current structure dates from 1840.