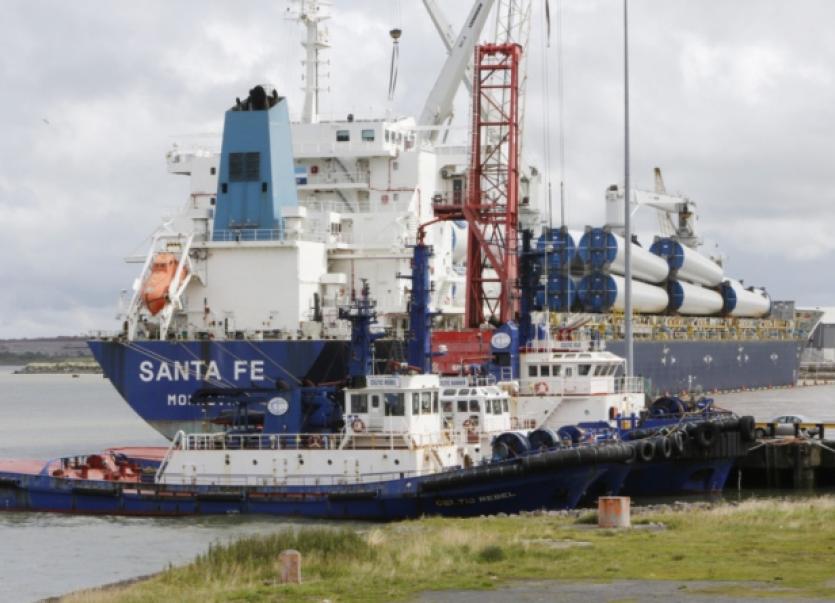 SHANNON Foynes Port Company will shortly name the successful contractor who will carry out a multi-million upgrade of the east jetty at Foynes.

SHANNON Foynes Port Company will shortly name the successful contractor who will carry out a multi-million upgrade of the east jetty at Foynes.

The project, which the company says will cost in excess of €10m, will be the largest single investment at Foynes port since the extension of the west jetty in 1999.

The project is part of the port company’s masterplan, Vision 2041, in which it anticipated that the east jetty project would deliver some 150 jobs at the construction stage.

The work on the east jetty is expected to be completed in two phases.

The first phase will involve the construction of a retaining wall along berth six, the removal of the existing viaduct and the infilling of 14,500 square metres behind berth six to create substantial new open quay storage.

The port company’s chief executive officer Pat Keating told the Limerick Leader this week they expect to make an announcement about the east jetty project shortly.

He was speaking in the aftermath of a visit to Foynes by Fine Gael MEP Deirdre Clune, who is a member of the European Parliament’s Transport Committee.

Ms Clune told the Limerick Leader she wanted to familiarise herself with the details of the port company’s plans to expand but also gave a commitment to back their application for European funding.

According to Ms Clune, the port company is applying for some €2.7m in funding under the EU’s Trans European Network plan. This funding is for the east jetty project but also to help restore the railway line, which is also a key element of Vision 2041.

The agenda in Europe is for jobs and growth in all areas, Ms Clune said.

“It is not a scatter-gun approach. there is a targeted approach to infrastructure,” she said. “Shannon Foynes qualifies under those criteria.”

Shannon Foynes, she added, was a very important and very successful port.

“It is the largest bulk port in Ireland,” she said, stressing that she will now be pressing Foynes’ case in Europe. But she did not see any conflict between this and also pushing for funds for developments at Cork port.

“They are complimentary rather than contradictory,” she said.

Meanwhile, work is continuing on the design of a new or upgraded road linking Limerick and Foynes, which is also part of the port company’s masterplan.