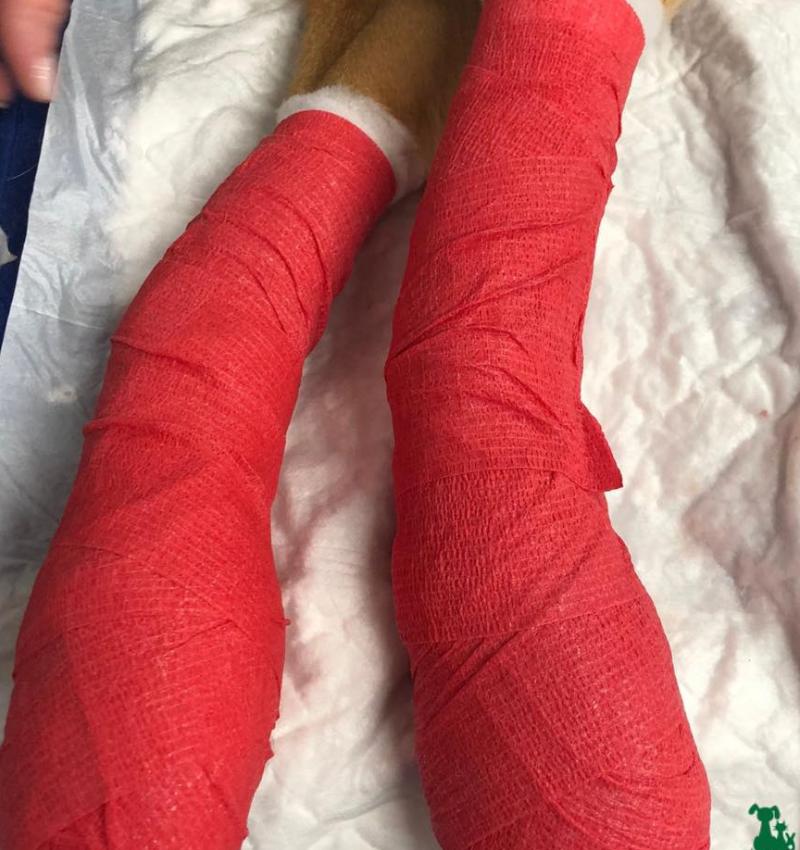 Bella the dog has recovered from her fall and has started taking Zylkene, an anti-anxiety medication.

LIMERICK vets are urging owners to keep their pets inside on Halloween night, after one dog sustained serious injuries in a firework related incident.

Rockhall Veterinary, who operate as a small hospital in Limerick City, received reports of Bella the dog, who tore the pads on her paws when she jumped out of a two-storey window on hearing fireworks.

Head Vet at Rockhall Veterinary Henry Street Emma McLoughlin said that over the last few days members of the public have been bringing dogs in who are scared, and some are running so scared that they can’t get near them.

“It’s mainly a fear and anxiety reaction of sorts. Their hearing is much more advanced than our own. We don’t know how severe those noises will be on their ears.”

The sound of fireworks causes dogs to run or hide, she added. Hiding can be distressing at home and usually takes place behind furniture, where dogs are not engaging with their owners and are highly stressed.

“The running then is seriously dangerous. They can get knocked down; they can escape. You saw that dog over the weekend,” the Kilkee born veterinary surgeon told the Limerick Leader.

Whilst some dogs won’t suffer, her recommendation is to try desensitising them.

“Some dogs will be fine by being kept in and being in company. Even if they are outside dogs and don’t like being inside, its just safer to bring them in as they might try and scale a wall if they are scared or get caught on fences.”

Emma added that owners can make a little den for them with a blanket and their favourite toys, letting them know they are in a safe space.

Some dogs, more sensitive to the sound of fireworks, will require medication. These take the form of natural protein supplements all the way up to anti-anxiety medication “like doggy Xanax.”

She also stressed the importance of microchipping your dog as this is the only way in which a lost pet can be reunited with their owner, if they do go astray.

“If there is no chip, then we have no choice but to alert the dog warden, the charity or the Gardaí. We can’t hold dogs here,” she concluded.