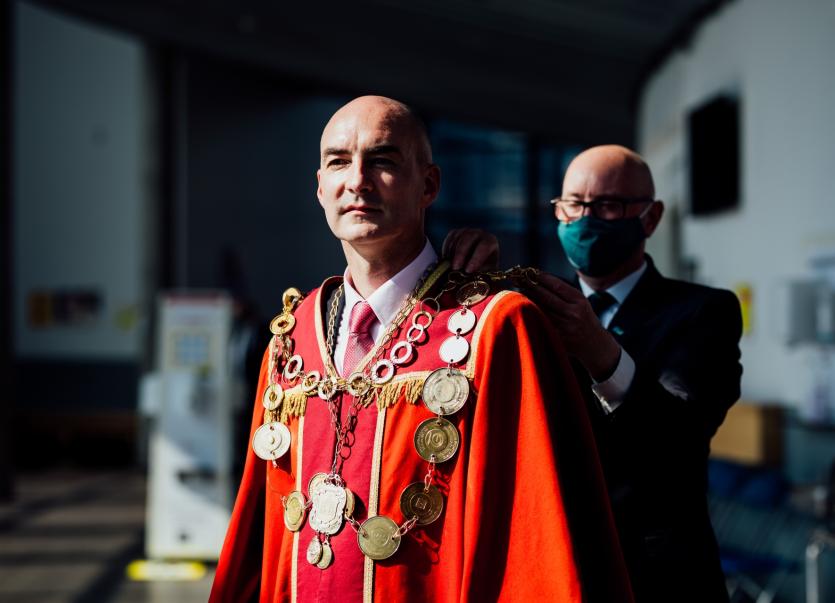 The Raheen man, a drugs education worker by profession, secured the chain of office without contest after no counter-nominations were received at the annual general meeting of the local authority.

The ceremony was held at the Millennium Theatre in the Limerick Institute of Technology in order to ensure social distancing regulations were adhered to.

'As if it isn't warm enough!': @DanielButlerFG pictured for the first time in the famous robe and chains.

It's the first time in the history of @LimerickCouncil a first citizen has been elected unopposed.#LimerickMayor pic.twitter.com/fyFUooie2l

His election comes as part of a Fianna Fail-Fine Gael power sharing pact.

The main parties have divided up the roles on the basis of there being five mayor-making ceremonies.

However, following Limerick’s decision to ratify a directly elected mayor, an election for this role could take place as early as next year.

Congratulations to @DanielButlerFG who has been unanimously elected Mayor of Limerick City and County Council.

His late father Richard who served as Cathaoirleach of the old Limerick County Council would be very proud of him. pic.twitter.com/AZTCxirsQY