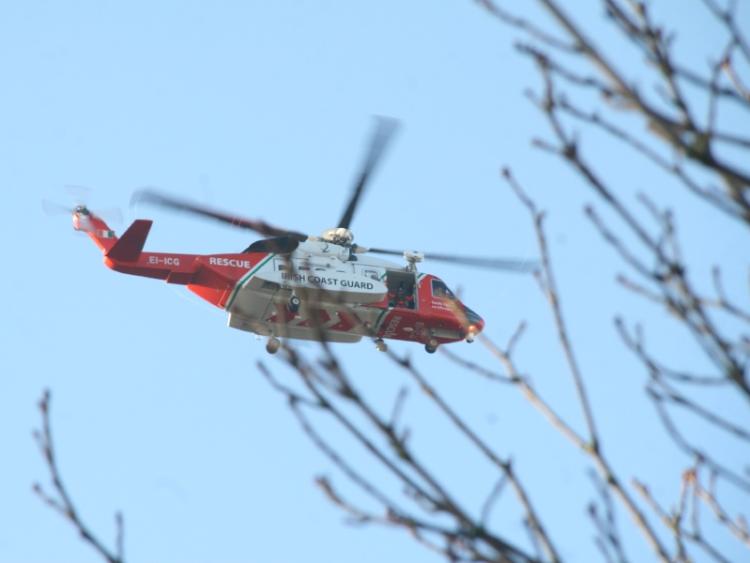 A PATIENT has been airlifted to hospital for treatment following a rescue operation in a wooded area of County Limerick.

The alarm was raised at around 3pm this Sunday following an incident near Glenstal, Murroe.

Exact details of what happened are unclear but as the location was difficult to access, a unit from Cappamore Fire Station was deployed to assist members of the National Ambulance Service.

Rescue 115 – the Shannon-based Coast Guard helicopter – was also deployed to the area and the casualty was subsequently removed to University Hospital Limerick.

It has since returned to its base in Shannon.

The seriousness of the casualty’s injuries are not known.