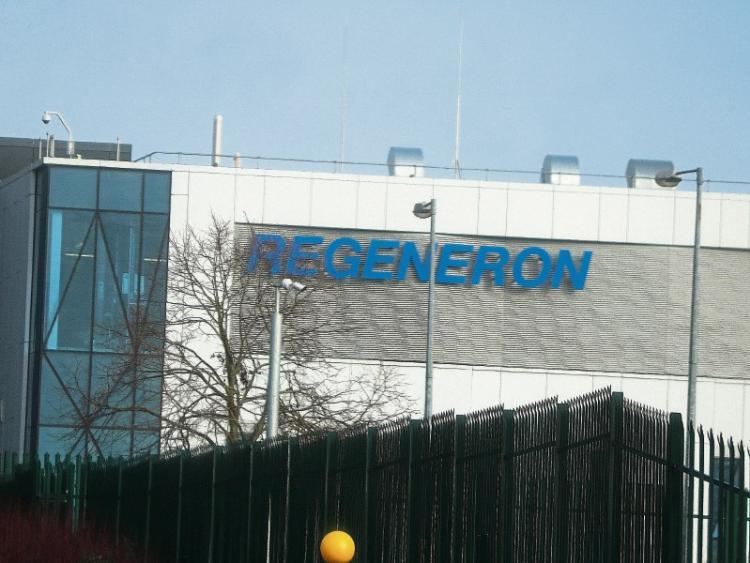 The Regeneron plant in Limerick is based in Raheen

A LIMERICK company is set to be a "major piece of the puzzle" in developing a wonder drug that could save thousands of lives in the deadly Ebola crisis.

Since the first reported case of the haemorrhagic fever in 1976, top scientists all over the world have been in a constant brainstorm to find a cure for the deadly virus that has claimed thousands of lives on the continent of Africa.

And it's possible that Regeneron's plant in Raheen could be one of the main pillars in the long quest for a cure.

Since November, The New York-headquartered pharmaceutical giant has successfully trialed its wonder drug, REGN-EB3, in the Democratic Republic of Congo where a public health emergency has been declared by the World Health Organisation last month.

In the past year, 1,800 people in the Congo have died as a result of the virus.

It was one of four tested on patients, and just one of two to now be officially offered to patients in the affected region.

A total of 700 patients were offered the four trialed drugs since November, according to reports.

The synthetic antibody-based drug was also the most successful, with a 94% success rate.

The other drug, made by Biotherapeutics, had a 89% success rate.

The success rate has been lauded by scientists as a major breakthrough in the mission to find a cure for the virus.

In a statement to the Limerick Leader this Thursday, Regeneron's executive vice present and general manager, industrial operations and product supply, Dan Van Plew said: “Our science is always inspiring, but breakthroughs like our Ebola therapy have a special place in our hearts. We are still working our way through some of the planning, but we certainly expect Raheen to be a major piece of the puzzle.”

In recent months, Regeneron announced that it will pump €200m into a major expansion of its plant in Raheen, with the creation of hundreds of new jobs.

This significant development will also lead to the plant more than doubling its size in the coming years.