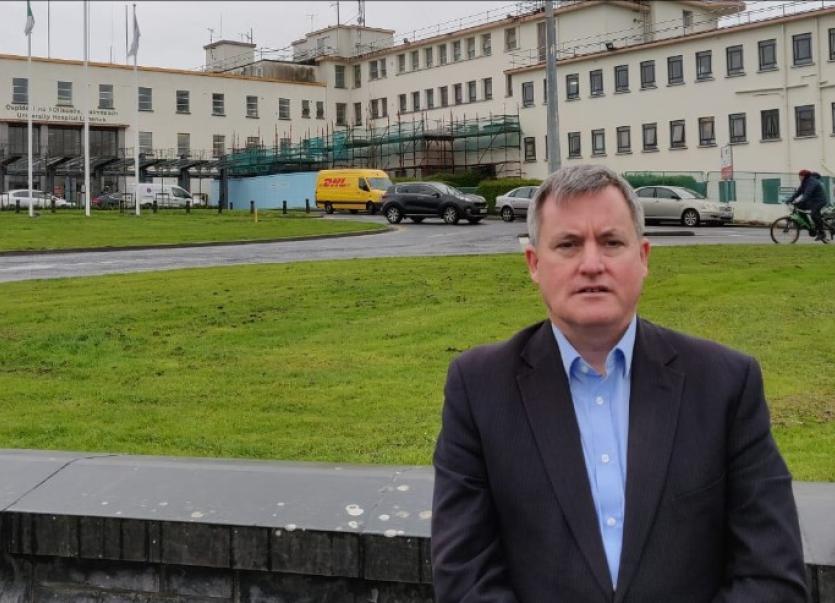 THE CRUCIAL €19.5m 60-bed modular block at University Hospital Limerick is expected to built and ready by June 2020, the HSE has indicated.

This Friday, the HSE informed management that €2m has been allocated to the enabling works for the 60-bed block, which is expected to commence in mid- to late March.

It was originally hoped that the 60-bed block would be ready by autumn 2019. However, the financial framework for the project--and other capital projects--had to be revisited due to the Government’s controversial overrun in the National Children’s Hospital.

Minister for Health Simon Harris, who survived a motion of no-confidence last week, sent an email this Friday morning informing them of the capital allocation.

The HSE said that the 60-bed block has been included in the HSE Capital Plan for 2019, and has been granted “at this time” €2m to facilitate the completion of enabling works.

Min @SimonHarrisTD & HSE have advised me today that the 60 Modular Bed unit at UHL has got the formal approval & go-ahead. Site excavation works to now get underway @Live95fmNews @Limerick_Leader @limerickpost @SPINSouthWest pic.twitter.com/LiDadOiRjx

Allocations for the project will be reviewed later in 2019, the HSE said.

Senator Kieran O’Donnell told the Limerick Leader that the 60-bed project will be included “in its entirety” in the upcoming capital plan.

“I am interested in getting the physical structures on the ground as quickly as possible. Because of the delays in planning, that was always going to be early 2020 before it was completed. The HSE are now saying June 2020, something I will be holding them too.”

Though the delivery of the project is “a couple of months later than I would have liked”, he said that it is now “shovel-ready”.

Great news for Limerick and the Mid West the confirmation by Minister @SimonHarrisTD to me that €2m has been approved and formal letter of approval will issue today to start the enabling works for the 60 modular beds @ULHospitals. #health #limerick @HSELive

“I went to the Taoiseach on this project because I felt how important it was to the region. I have had ongoing discussions with the Taoiseach. The Taoiseach is well aware of it, he has been in Limerick. He understands the capacity issues.”

He said that he will be working to ensure that “we deal with the capacity issues at University Hospital Limerick, and all the other hospitals working together. We have to have the extra beds, the 60 modular beds is a critical mass of beds. It’s now happening. There are no further delays. It’s in writing.”

The next step in the project is that a commencement notice has to be issued to Limerick City and County Council, at least 14 days in advance of works.

The 60-bed block will act as an interim measure to assuage overcrowding at UHL, prior to the delivery of a 96-bed block on-campus. However, there is delivery date for the 96 beds which is under the Government’s 2040 development plan.