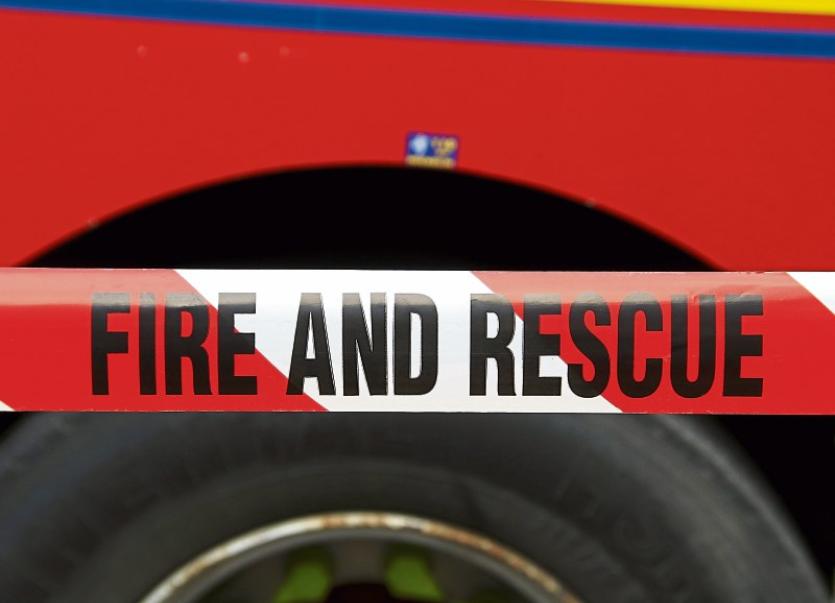 Two units of Limerick Fire and Rescue were deployed to assist

Crews from Limerick City Fire and Rescue service were deployed to a housing estate in Castletroy this Wednesday evening after a burst water main caused significant flooding.

The alarm was raised at Elm Park shortly afer 4pm after the pipe burst resulting in large quantities of water leaking out.

While council crews were on the scene quickly, the assistance of the fire service was requested shortly before 5.30pm.

“Thankfully quick actions taken by crews and locals averted any major damage to houses,” stated a post on social media this evening.

@LimerickFire dealing with flooding from a burst water pipe in Castletroy #Limerick pic.twitter.com/voIhObawPP

Two units of the fire service from Limerick Fire Station, Mulgrave Street attended the scene for around 40 minutes and have since been stood down.

Crews from Limerick City and County Council as well as Irish Water are on site working to repair the burst water main.

Irish Water says supplies in Elm Park and the wider Castletroy area may be affected until 11pm this Wednesday.

#IWLimerick: Repairs to a burst water main may affect supply to Elm Park, Castletroy and surrounds until 11pm tonight.