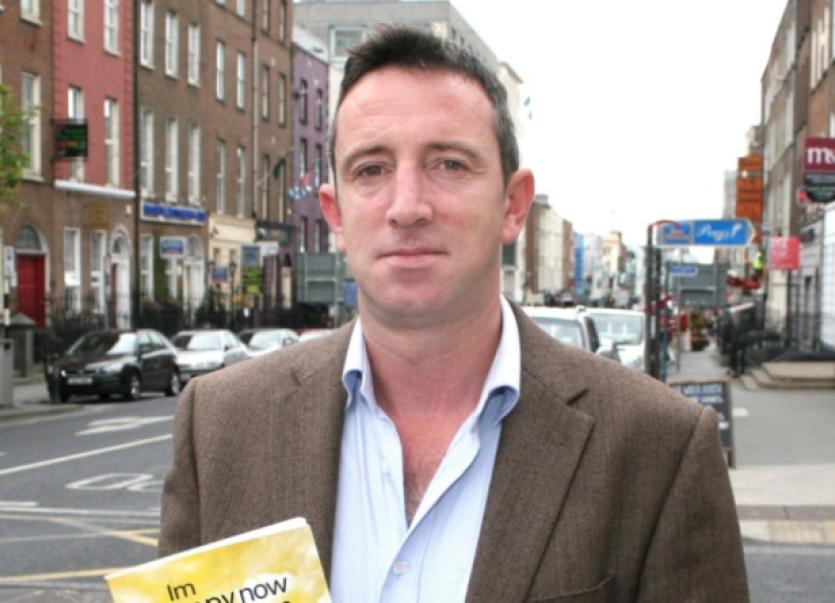 A BALLYAGRAN author’s book focusing on three people who are the victims of bullying has gone on sale this week.

A BALLYAGRAN author’s book focusing on three people who are the victims of bullying has gone on sale this week.

Effin born writer Diarmuid Hudner has for the last two years been working on his debut novel.

Entitled I’mHappyNow.com, it focuses on the stories of three fictional youngsters, and how they came together to change their lives through this very website.

Irishman Emmet is a self-confessed nerd who turns to alcohol to mask his problems.

Ralph, from the United States, is grossly overweight, and suffers from a lack of self-esteem, feeling the only way to stop the pain is to attempt suicide.

Ming from China becomes a bully herself until she resorts to self-harming to punish herself.

Diarmuid returned from working in the financial sector in the City of London to write the novel. In his spare time from his job as a head-hunter, he used to write specialist articles for trade magazines.

He admits that the characters in the book are based on his own experiences.

“The book, though its characters are fictional, is really a reflective personal journey, and so the message in the book in reality comes from my own experience of overcoming problems, and finding my own form of happiness. I believe a lot of the problems people are experiencing today can be overcome by realising that personal happiness is a state of mind, and that you are and always were in control of it,” he says.

Diarmuid was in the middle of writing an anti-war book, centred on World War I when the idea for I’mHappyNow.com came.

He spend ten hours a day, seven days a week writing the book, and banned all contact with friends for a time, saying his dog Seamus was the only sounding board for his work.

He hopes the main message people take from the book - aimed at people 16 and upwards - is one of control.

“Only you are in control of your own emotions. You could have trouble with mortgages, relationships. But it is all about your reaction to the problem. You can either react to it in a positive way, or a negative way.”

I’mHappyNow.com is available in Easons, O’Mahony’s and online at Amazon.com.