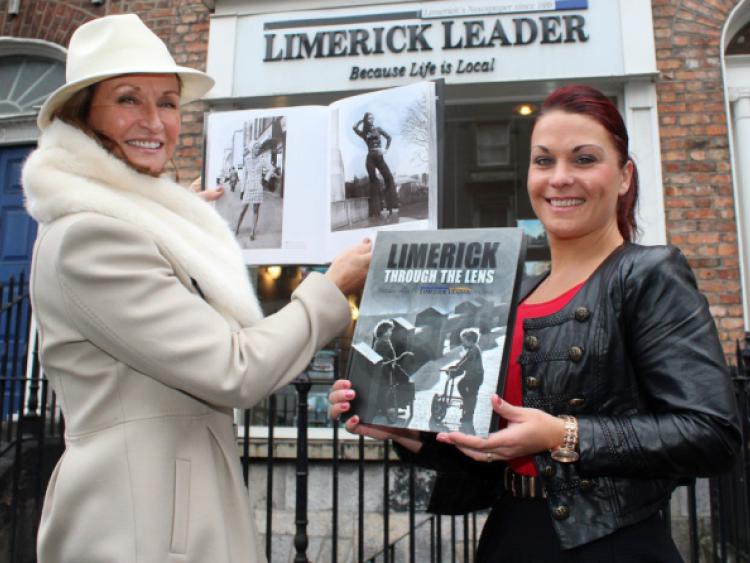 A new book showcasing hundreds of the finest pictures taken by Limerick Leader photographers has been launched this week – a 256-page hardback which uniquely captures local life in the latter half of the 20th century.

A new book showcasing hundreds of the finest pictures taken by Limerick Leader photographers has been launched this week – a 256-page hardback which uniquely captures local life in the latter half of the 20th century.

Limerick Through The Lens, published by The Collins Press, is expected to be one of the leading bestsellers locally in the Christmas market.

It contains numerous pictures from the paper’s unrivalled archive which only came to light in recent months, after being developed from the original negatives decades after they were first taken. A number of the pictures are appearing in print for the first time.

Alan English, the Leader’s editor, who selected the 300-plus images featured in the book, said this Wednesday: “We are extremely proud of Limerick Through The Lens. It contains so many fantastic pictures which give the kind of insight into Limerick over half a century that no other book could come near to achieving. Huge credit is due to the paper’s staff photographers who took these pictures.

“I’m absolutely delighted that, because of this book, the images will live on, up to 60 years after they first appeared in the Leader.”

There are plenty of famous faces included, such as Terry Wogan, Mike Murphy, Dolores O’Riordan, Celia Holman Lee Phil Lynott, Zsa Zsa Gabor, Richard Harris and John F. Kennedy. Mostly, though, the pictures feature ordinary local people at work or at play, shopping, celebrating, doing something that caught the attention of the paper’s staff photographers down the years.

Limerick people have had their pictures taken by the Leader for endless reasons – from bonny baby competitions to sporting success, from farmers buying or selling cattle at the mart to protest marches for any number of campaigns, and far more besides.

One of the locals featured is Andrew Duhig from St Mary’s Park in the city, who was photographed back in 1977 as a five-year-old proudly sitting on a new motorbike.

A delighted Andrew, now 43, had never seen the picture before as it was not published by the Leader at the time.

“I remember the bike well,” he said this week. “It was built in the kitchen of our house from spare bits and pieces.”

In the photograph, the saddle is burnt and more than 37 years on, Andrew has vivid recollection of how it happened.

“There was no kick-start and I had to push it along and then jump onto it when it started. When I did it one day, petrol had leaked. There was a spark and the bike went up on fire – so did my trousers! I managed to pull them off me and I was OK!”

The book retails for €29.99 and is available at local bookshops and through the Limerick Leader office. As a special offer, those who purchase the book through the Leader office will be given a free 8in x 6in print of any picture in the book (normal cost €10).