Robbie Burns to be celebrated in Limerick 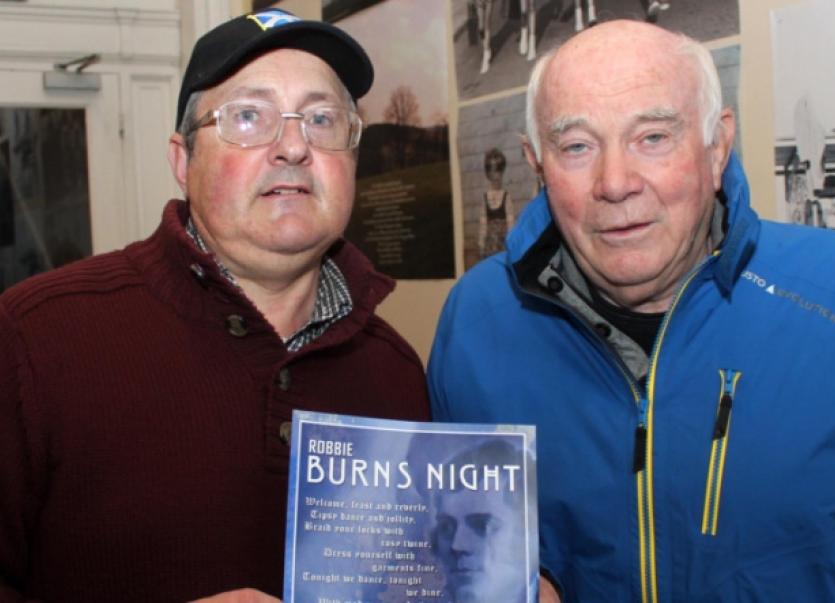 A NIGHT of “feast and revelry” and “tipsy dance and jollity” will be held later this month at Bobby Byrne’s pub to celebrate Robert Burns night.

A NIGHT of “feast and revelry” and “tipsy dance and jollity” will be held later this month at Bobby Byrne’s pub to celebrate Robert Burns night.

On Saturday, January 24, at 8pm, the O’Connell Avenue pub will put on a typical Scottish meal to mark the night celebrating Scotland’s national poet.

Organised for the last 11 years by Noel Flannery and Michael Potter, this year’s celebration will feature Mr Potter in the role of compere - and he will no doubt roll out a few of Robbie Burns’ classic poems, including his famous Tam O’Shanter.

The night will also include haggis and sandwiches, neeps and tatties, alongside violin music.

There will be poems and songs - and those who wish to throw in a piece of literature are more than welcome to do so, according to Clarina man Michael.

There will be bagpipe playing from Capt Michael Egan, and a violin piece from Mary O’Donoghue.

There will be the singing of Scottish songs, and recitals of poetry as part of the event, set to be attended by many.

The meat for the haggis has been supplied by Pat O’Doherty’s butchers, in Enniskillen, Co Fermanagh.

Burns night gets under way at 8pm in Bobby Byrne’s pub in O’Connell Avenue. All are welcome.