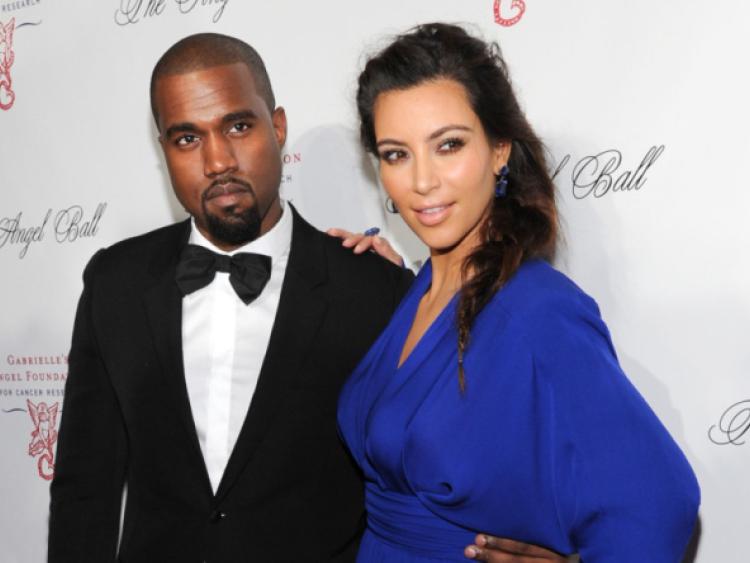 THE Limerick Leader can exclusively reveal that Kanye West and Kim Kardashian visited Castle Oliver in County Limerick this week - but have since departed.

THE Limerick Leader can exclusively reveal that Kanye West and Kim Kardashian visited Castle Oliver in County Limerick this week - but have since departed.

The eyes of the world’s media have been focused on the private castle in Ardpatrick where the newly-weds were reportedly enjoying their honeymoon.

It is understood - as first reported by the Limerick Leader yesterday - that the superstar couple who wed in an extravagant ceremony in Florence, Italy on Saturday, then visited the historic fairytale-style Castle Oliver located outside the village of Ardpatrick in recent days.

A source has confirmed that the couple visited the castle - but have now since departed.

Glamorous reality television star Kim and her rapper husband - who have 31 million Twitter followers between them - touched down in a Lear jet shortly after 4pm on Sunday to Cork Airport.

Once immigration issues were dealt with - on board the plane - the newly-weds were whisked off in a Mercedes with darkened windows to a destination unknown. They have not been seen since.

It has since emerged this Tuesday morning that two blacked-out mini buses were spotted going through the village of Ardpatrick, Co Limerick - around four miles from the castle - at approximately 1.30am on Monday.

After the story of the latest reported whereabouts of the lovebirds known as ‘Kimye’ was broken online by this paper, members of the world’s press began to gather outside the castle which is located mid-way between Limerick city and Cork city.

When the Leader arrived outside the castle on Monday evening, there were lights on inside the castle and the curtains in two front upstairs rooms were closed.

The front electric gates which are operated by a security code were also closed.

While Kim, 33, is generally very media friendly - she is the star of the hit American reality show about her family, Keeping Up with the Kardashians - her 36-year-old Grammy-winning rapper is more media shy when it comes to his personal affairs, and rarely appears on the show.

The couple’s child North West - or Nori as she is known - is being looked after by Kim’s mother Kris.

According to sources, a party booked into the red-sandstone Scottish Baronial-style Castle Oliver over the weekend.

Castle Oliver is said to be one of Ireland’s largest private homes, with the country’s largest wine cellar with a capacity to hold 55,000 bottles.

One of the beds, weighing half a tonne, is a replica of a bed the King of Denmark owned.

Sources say staff at the castle were busy in recent days preparing the interior and grounds for American guests. The staff - a small core group who are drafted in on occasion - were told that they would not be needed for the remainder of the week.

There is also said to have been a delivery of flowers to the estate.

When asked about the rumours this Monday afternoon, the owner of Castle Oliver, Emma Cormack said: “I really cannot comment on anything to do with anybody”.

There had been speculation that the power couple were staying at the five-star Castlemartyr Resort in County Cork.

However, it is understood that there have been no sightings of the glamorous couple at the luxury hotel and they have not booked in there.

Kanye is no stranger to Munster having played The Marquee in Cork in 2009.

Former Munster and Ireland Munster rugby player Peter Stringer enjoyed dinner with the hip-hop recording artist in the past.

The scrum-half, who currently plays with top English side Bath bumped into Kanye in his hometown of Chicago before being invited to spend the evening with the artist and his entourage in Cork the following week.

Kim’s mother Kris Kardashian and her husband Bruce also honeymooned in Ireland following their marriage in 1991.

Set on 15 acres, Castle Oliver boasts beautiful private gardens with a lake, woodland walks and fountains it overlooks the dramatic scenery of the Ballyhoura mountains and is located mid way between Cork and Limerick.

The castle cuts an imposing figure in the Ballyhoura Countryside with turrets, towers, a flag tower; and 5ft griffins keeping vigil. It is accessed by a rural country road and is secured by electric gates.

The nearest pub is The Village Inn in the village of Ballyorgan which is located less than three miles from the castle.

“Kim or Kayne haven’t come in for pint yet anyway although it is Mart day in Kilmallock so they might be in for a singsong later with the farmers,” said Nuala Mee, the owner of the bar.

Since purchasing the property in 2006, the Cormacks have invested a substantial amount of money and restored the premises right down to its original wine cellar.

The castle boasts a baronial candle lit-dining room with a baby grand piano and an antique table that sits 22 friends.

There is a ballroom, an antique billiards table in a games room and an extensive selection of books in the library.

Upstairs in the castle, there are two wings, one with seven suites, with copper stand-alone baths and large four-poster beds dressed in crisp egyptian cotton sheets.

Most bedrooms have fireplaces and views over the lawns. Every bedroom has a unique bathroom with double slipper bathtub, power shower cubicles, towels, bathrobes and not forgetting the luxurious toiletries.

A further seven bedrooms housed in the servants’ wing, are more modest in comparison with the grandeur of the suites.

The new kitchen is behind a secret door from the dining room and features hand-painted cabinets. The private gardens include manicured terraced gardens, a lake, a sunken orchard garden with fountain, and a folly with an outdoor hot-tub.