Dress for the future causes ‘lightning strike’ in Limerick 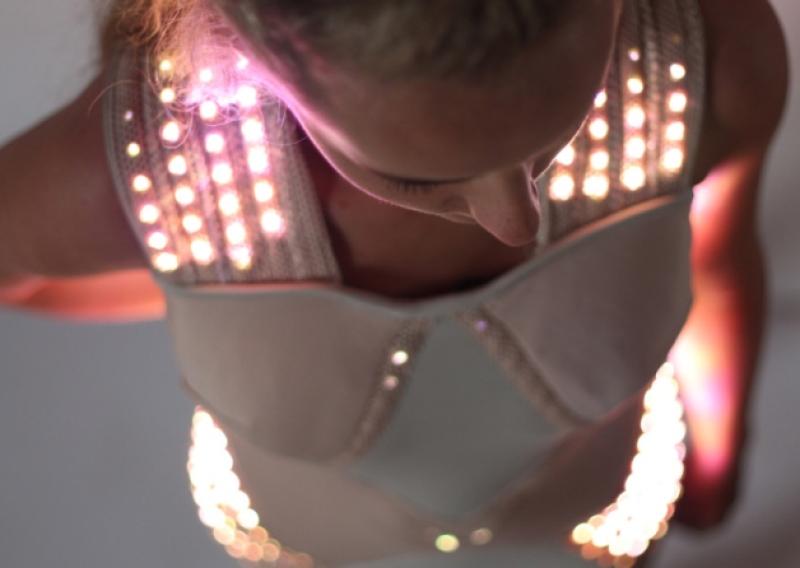 A DRESS which demonstrates the connection between a couple, including “the sparkle and the closeness between them” lit up the stage at Fab Limerick when it was unveiled to the public.

A DRESS which demonstrates the connection between a couple, including “the sparkle and the closeness between them” lit up the stage at Fab Limerick when it was unveiled to the public.

The stunning Lightning Dress was revealed at part of ATTIRE-Advanced Technology and Textiles Inventive Research Events.

Thanks to the support from ID2015 and Fab Lab Limerick (a space for makers and designers on Rutland Street in the city) Lucia Poliakova, Dave Hunt and Mariel Mazan Palacios held a series of workshops that dealt with different areas of wearable electronics. Each workshop focused on research and practical experimentation within the different fields; fashion design, software and hardware design, dressmaking, electronics, textile manipulation, coding and 3D printing. “The idea was to synchronise two outfits of a boyfriend and a girlfriend,” explained Lucia Poliakova “because with the touch of the partner all the LEDs light up at the same time. It causes a kind of lightning strike.”

Wearable electronics are a new and emerging element in design and technology and therefore it has a great potential in the near future. ATTIRE created a dynamic collaboration between professionals and experts from various fields who tackled the problems that are present within its everyday use, its construction and production; for example washability, sufficient power supply solution, commercial appeal, wearability, possible future market just to name a few.

Lucia who works as a designer is currently showcasing the dress at a design festival in Austria. The 30-year-old who is originally from Slovakia who now resides in Dooradoyle also worked on the project with Mary Danaher.