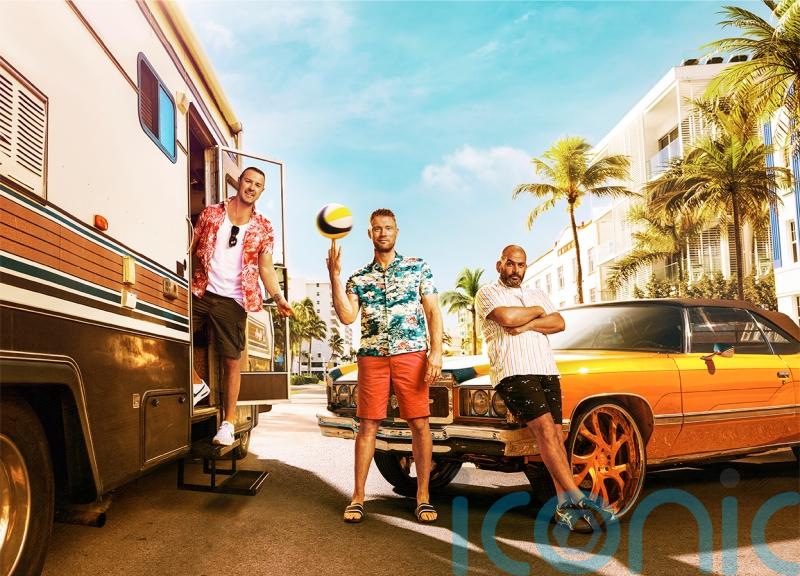 Paddy McGuinness, Freddie Flintoff and Chris Harris find themselves in trouble at airport customs in a first look at the upcoming series of Top Gear.

In a newly released trailer, the presenting trio are seen having an uncomfortable encounter with customs officials when searches of their luggage reveal a speed gun, a pair of handcuffs and some oily boxer shorts.

The motoring entertainment show is set to return for its 32nd series although an official launch date is yet to be announced. 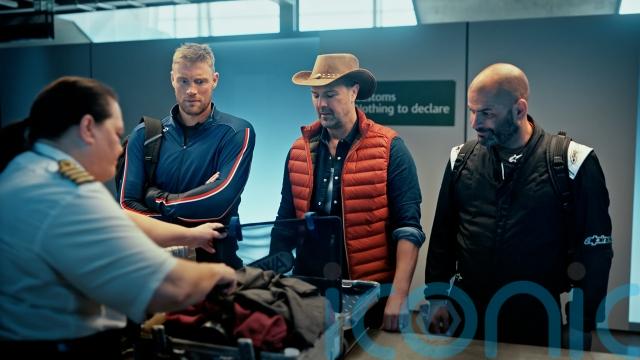 Set to debut on BBC One after Saturday’s FA Cup Final, the trailer sees McGuinness, 48, Flintoff, 44, and Harris, 47, forced to explain the unusual contents of their suitcases – prompting flashback to their connection with filming the new series.

Things go from bad to worse when a humourless customers officer decides to interrogate a fourth member of the Top Gear team – the show’s anonymous racing driver, The Stig.

The trailer also gives a glimpse of what viewers can expect in the upcoming series, including the presenters swamp buggy racing in Florida and going head to head in America’s newest official motorsport Donk racing, where classic American muscle cars are modified to produce up to 2000 horsepower.

In August last year it was announced that BBC Studios was moving production of Top Gear from London to Bristol.

It was also confirmed that Dunsfold Aerodrome in Surrey will continue to be used as the Top Gear track while the series will still feature films shot around the world.

Top Gear will return to BBC One and BBC iPlayer in due course.