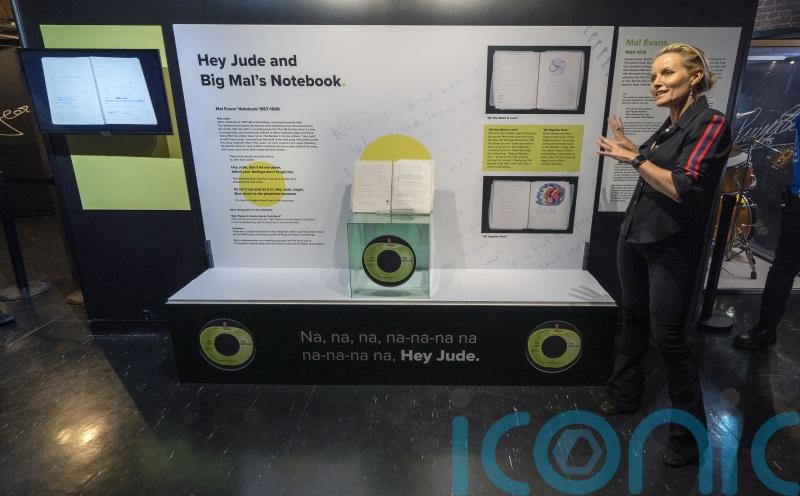 A notebook containing Paul McCartney’s handwritten lyrics for Hey Jude has gone on display after it was donated to a museum by a former Hollyoaks actress.

The notebook, which belonged to the Fab Four’s bodyguard and PA Mal Evans, was compiled between 1967 and 1968 and also includes a part-lyric for Sgt Pepper’s Lonely Hearts Club Band, recording notes by George Harrison for All You Need Is Love and lyrics for a number of other songs.

It belongs to former soapstar Davinia Taylor, who was given the notebook for her 21st birthday by her father Alan Murphy, a businessman who made millions running AM Paper toilet roll factory in Skelmersdale, Lancashire. 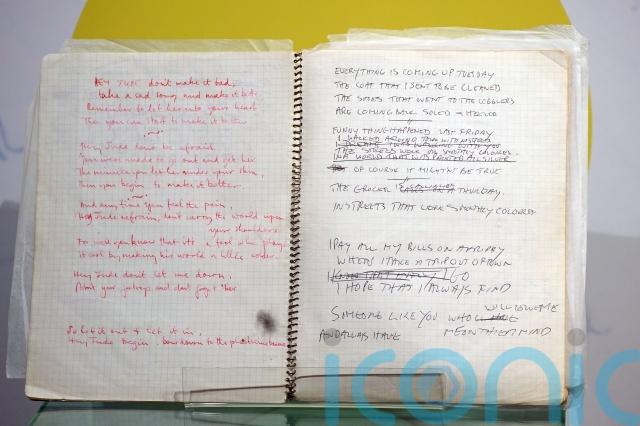 She told the PA news agency: “At the time I was an actor in Hollyoaks playing Jude Cunningham.

“Round about my birthday, Sotheby’s had a big auction and my dad was at home in Wigan, a few bottles of wine in and started bidding against an American for the Hey Jude lyrics.

Ms Taylor, 44, who unveiled the notebook at The Beatles Story on Tuesday, said her father had paid “something stupid” for the memorabilia.

The museum, in Liverpool’s Albert Dock, has insured the piece for more than £1 million.

Ms Taylor said she was “over the moon” to put the notebook, which had been stored in a safe, on display to the public. 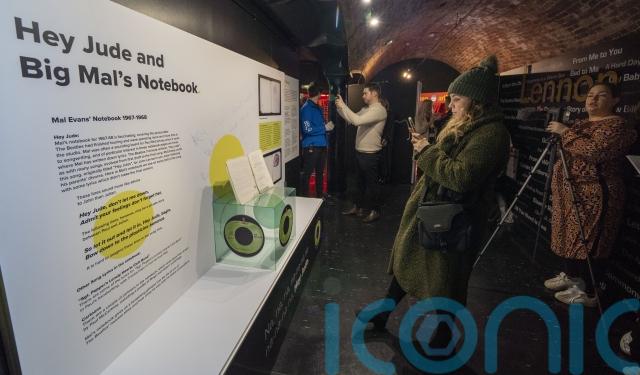 The notebook includes lyrics, poetry and doodles made by all four members of the band  in the era when they produced Sgt Pepper and The White Album.

Diane Glover, marketing manager for The Beatles Story, said: “It’s not just Mal Evans’ writing that’s in there, it is actually John, Paul George and Ringo who have written in there as well.

Mr Evans, who was a part-time bouncer at the Cavern Club before going on tour with the band, features in the Peter Jackson documentary Get Back, released last year.

He died in 1976 when he was killed by Los Angeles police after brandishing an air rifle.

Ms Glover said: “You see in the Get Back documentary his relationship with the four lads and how important he was  in their lives around that time.”

The book is now on display alongside a digital demonstration which shows every page.