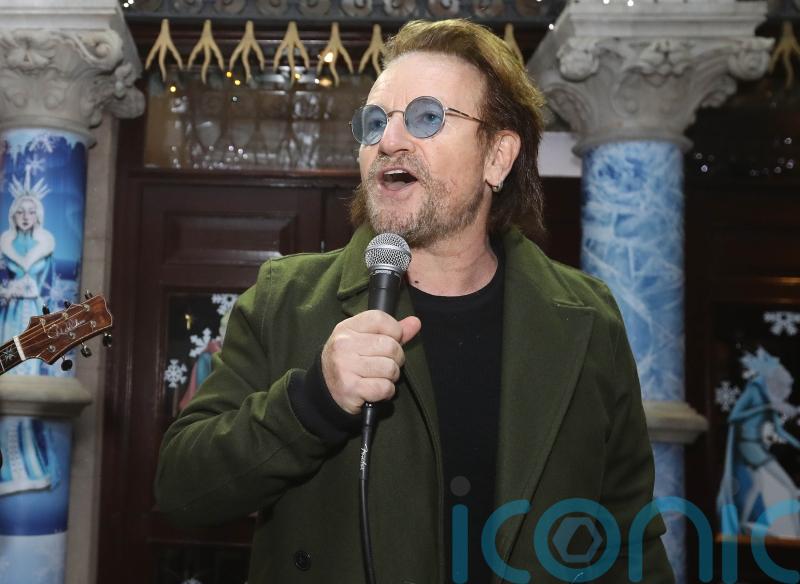 Bono has said he gets “embarrassed” listening to U2’s songs and dislikes the name of the Irish rock band, stating it was the one they "hated the least".

The Dublin-born rocker, 61, admitted he thinks his voice sounds “very strained” during some recordings and joked that he “only became a singer recently”.

Speaking on the Awards Chatter podcast, Bono said: “I’ve been in a car when one of our songs has come on the radio, and I’ve been the colour of — as we say in Dublin — scarlet. 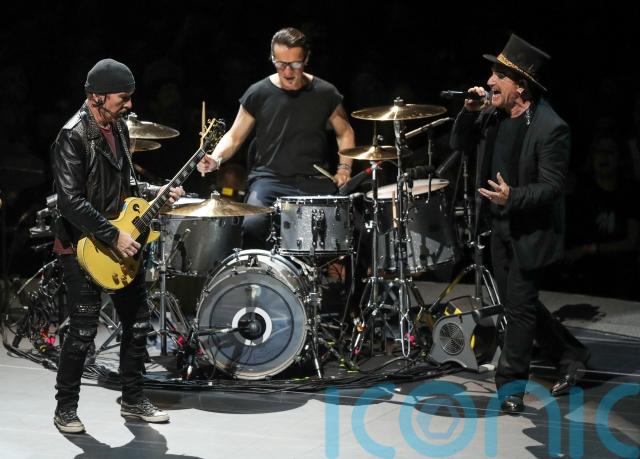 “I’m just embarrassed. I do think U2 pushes out the boat on embarrassment quite a lot.

“And the lyrics as well. I feel that on Boy and other albums it was sketched out very unique and original material. But I don’t think I filled in the details.”

The Irish rock band, which formed in 1976, consists of frontman Bono, the Edge, Adam Clayton and Larry Mullen Junior.

Throughout their more than 40 year career, they have produced a string of UK number one albums including 1987’s The Joshua Tree and 2009’s No Line On The Horizon.

Despite the band’s success, Bono has admitted he finds it difficult to listen to some of the band’s music because of his own voice.

He said: “The band sound incredible.

“I just found the voice very strained and kind of not macho and my Irish macho was kind of strained by that.

“A big discovery for me was listening to the Ramones and hearing the beautiful kind of sound of Joey Ramone and realising I didn’t have to be that rock and roll singer.

“But I only became a singer recently.

“Maybe it hasn’t happened yet for some people’s ears, and I understand that.”

The Irish singer and his bandmate the Edge also revealed that the group was not particularly fond of the band’s name. 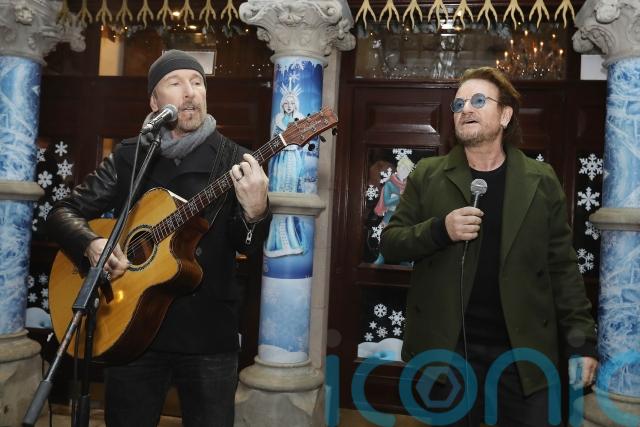 The Edge, 60, explained that the group was originally named The Hype but they were “unhappy” with the name due to it being obvious and unoriginal.

After seeking assistance from their friend and graphic artist Steve Averill, he gave the group some suggestions, including U2.

The Edge recalled: “Of the suggestions, it wasn’t that it jumped out to us as the name we were really looking for, but it was the one that we hated the least.

“And what we loved about it was that it was not obvious from the name what this band would sound like or be about.

“It felt fresh in that sense.”

He added: “It was the one we chose and we didn’t really love it at first.”

Bono remarked that he was still not a fan of the name, adding: “I still don’t. I really don’t.

“But I was late into some kind of dyslexia, I didn’t realise that the Beatles was a bad pun either.

“If we’d thought the implications of the letter and the number, in our head, it was like, the spy plane, it was a U-boat, it was futuristic.

“But then as it turned out to imply this kind of acquiescence, no, I don’t like that name.