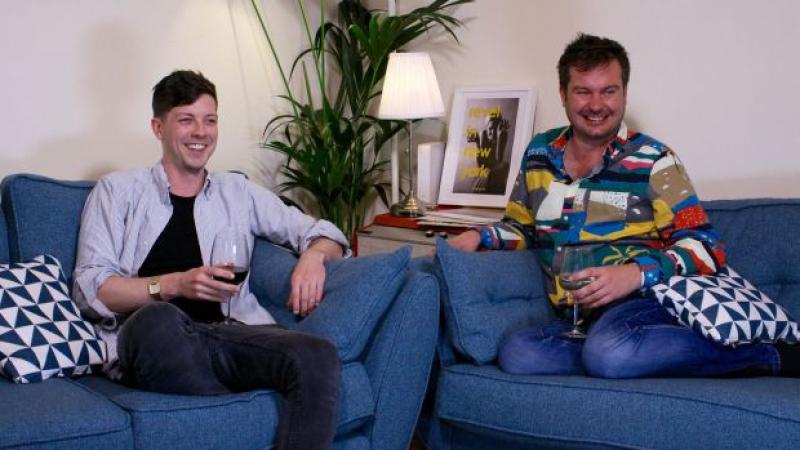 John and Dave from Gogglebox Ireland

A star of Gogglebox Ireland has revealed how much TV they really have to watch each week, and how much drink they might occasionally consume while plonked in front of the telly!

As a guest of Today FM's 'On the couch for Ask Me Anything' was one half of Dave and John from Gogglebox Ireland.

Dave Baxter joined Dermot and Dave to chat all about Gogglebox and revealed just how much telly they actually watch!

He revealed that the show is generally filmed over one day, with a stream of television programmes chosen for them.

This can run for four or five hours. "It's like a marathon session.. It will be edited down to what the best bits are," Dave explained.

And he revealed that they do actually enjoy a drink during recording. "It goes on for so long, you need something to help pass the time," he said.

He said himself and John don't feel under pressure to perform, and said they are natural wafflers.

"When you sit down, you just kind of go on a rant," he said.