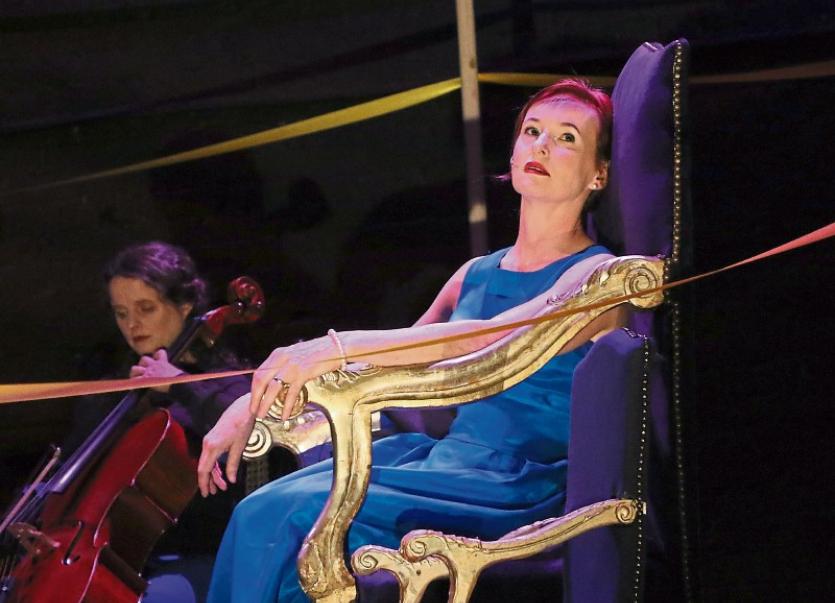 FOLLOWING a hugely successful premiere at The Everyman in 2018, the Gaitkrash Theatre Company is to bring its latest work to the Belltable this Thursday May 16.

Killing Stella uses an immersive multi-layered language to tell this story of the “subtle abuse of a powerless young woman” and the damage that unfolds when the witness remains silent.

Directed by Regina Crowley, Killing Stella takes an “unflinching story of collusion in abuse”, according to actor, theatre maker, and co-founder of Gaitkrash Bernadette Cronin, who adapted, and stars in, Killing Stella for the stage.

“The audience will be coming in for a story that is quite intense on the levels of sound and visuals,” Bernadette explained.

“The show also runs very tight- it's like a tightrope. It's a very full experience- there’s dark humour in there as well.”

“A whole gamut of emotions are explored through the cello composition.

“We’re telling the story not just through the text, which has been adapted from a very beautifully novella by Marlen Haushofer. We work very much with music and text and movement and image so its a feast for the senses.

“The experience that is being relayed throughout the show is one that we can all relate to. This character, she is very, very complex,” Bernadette said.

“She’s basically post-traumatic. She’s trying to make sense over what happened over the last ten months in her family life.”

“She also refuses to acknowledge what is going on under her eyes because she doesn’t want to upset the apple cart.”

“We premiered this piece last summer in the Everyman and it was very well received so we were absolutely delighted.

“We feel like we have done a good adaptation of the story and an interesting experience for audiences.”

Directed by Regina Crowley with lighting design by Tim Feehily, set design by Davy Dummigan and costume design by Valentina Gambardella, Gaitkrash‘s Killing Stella opens at the Belltable Theatre on Thursday May 16 at 8pm.

For bookings or more information, see www.limetreetheatre.ie. Call the box office on 061 953400.