Limerick Red Rock actor nearly missed out on the part 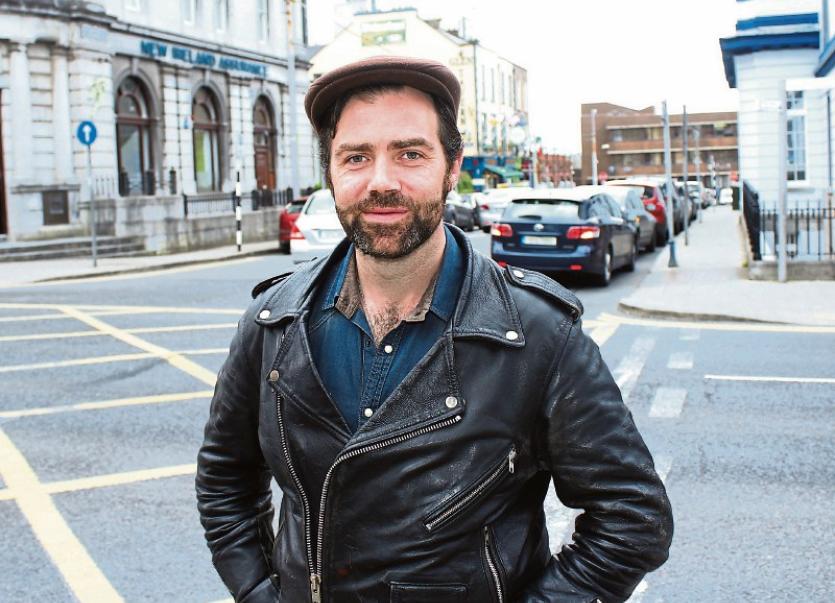 THE COUNTY Limerick actor, who plays Garda Paudge Brennan in TV3’s award-winning Red Rock, nearly lost his shot at the part as he was following a definite line of enquiry to Canada.

Patrick Ryan had a work visa and planned to emigrate before being cast as one of the main characters. The show has just been bought by the BBC in a deal reported to be worth €500,000. The news comes shortly after US on-demand site Amazon Prime snapped up the series for €1.5m.

It has opened up an audience of tens of millions for the man from Caherconlish’s Main Street.

Patrick, aged 38, has a stellar list of movie, TV and theatre credits to his name. They include Pure Mule and The Whistleblower on the small screen; played alongside Domhnall Gleeson in Irish film Sensation and treaded the boards in Pigtown, Alone it Stands and Eden to name but three.

But when the applause dies and the phone doesn’t ring the doubts can creep in for any actor.

In his mid-twenties he finished a long run with Alone it Stands and was quiet for a year or two after that.

“I did a bit of TV work on Pure Mule but I said to myself ‘this isn’t going as well as I thought it would’. I came back to Limerick and as soon as I did the phone started ringing again and I got a TV show in Dublin in 07 - The Whistleblower about the Dr Neary story in Drogheda.

“I did a movie about a year after that with Domhnall Gleeson called Sensation. I have kind of consistently been tipping away over the years. I was with Decadent in Galway for three tours with Andrew Flynn.”

But then he finished up his part in Eugene O’Brien’s Eden and found himself at a “loose end”.

“You accept weeks and months when you’re not working. That’s just the way it goes. You try and meander along as best you can.

“You are always pretty close - sometimes you are ready to give it all up and the phone rings or you chase something you have heard about. Again with Red Rock I was all set to emigrate to Canada, I set up a work visa and everything. I had no idea [what he was going to do].

“I just wanted to get away for a while and then this gig came up. I had been doing this show with Joan Sheehy - Colleen Bawn in the boat club for City of Culture - once that was done I kind of had decided I would go away for a while. Then Red Rock happened and I have been more or less solid at that for the last two years.”

The son of John and Kathleen attended Caherconlish National School and while he played GAA it was through the organisation’s Scór na nÓg that he found his sport.

“We did little sketches, skits and drama shows during the winter and little bits in school. It was terrific fun. When I went onto secondary school there wasn’t really anything like that. As I got older with the introduction of videos into homes I got to watch more and more movies.

“I spent most of my time watching movies and kind of always had a niggle or curiosity about acting, never finding an outlet for it. I wandered into the Belltable when I left school and I found Limerick Youth Theatre so I started to do stuff with them”.

“They were all involved with Island and about a year later I got my first professional work which was huge - I was about 19 or 20 and we did Pigtown. I thought this was great, learning on the job and having a wage because it was a real in at the deep end situation.

“But I met other actors who had worked with Island and one or two of them had gone to Trinity College so I decided I would go there to the Samuel Beckett Centre to study acting.”

Along with his degree he got an agent and over the next decade or so he carved out a successful career for himself.

For those who haven’t seen Red Rock he says his character - Paudge Brennan - is a rank and file member of An Garda Siochana.

“He would have taken the job because it was maybe a cushy number if at all possible - something he wouldn’t have to exert too much energy on. I wouldn’t say happy go lucky in terms of his story as he has been through the mill a little bit. The writers went a good few directions.

“He is one of the team - a bit of a rogue, a bit of chancer. I don’t want to say he is an archetypal guard but he is very recognisable in what people might perceive a country guard to be. But at the same time you are playing a character beneath the uniform. There is a very stock idea of what an Irish guard is.”

Dressed in a distressed leather jacket, flat cap and wearing a very distinctive Knights Templar skull ring on a finger, Patrick concedes his dress sense and style would be very different from his character.

“You definitely would see Paudge in Copper Face Jacks, I wouldn’t be there myself. That’s the way to sum it up.”

While he may look different on TV he has become used to being spotted out and about.

“Going around Dublin you get a lot of shouts of ‘Paudge’. One woman followed me around Brown Thomas in Dublin. I didn’t know know she was following me until she stopped me and told me. She wanted a selfie. A bit of that goes on. It’s a bit of craic. Irish people are sound. They are very polite about it and it is nice to be nice.”

It is something he may have to get used to even more of in the future as he continues in Red Rock, and the programme goes global.

“Please God, unless they put him out to pasture. I don’t know what it is going to happen with next year, just have to sit back and wait. It is a pleasure to be working and working with really good actors and writers and just really good people. It is good craic, it really is good fun.

“Writers are always a good bit ahead, it gives them room to manoeuvre as they go along. We get the scripts a week before we shoot. They would have a good idea of how the story arcs would go from early in the season”.

So you wouldn’t be told on a Monday you are going to be killed in a shoot-out next week?

“No, it wouldn’t be sprung on you that suddenly. It’s not like Game of Thrones where everyone is gone after a week!”

Currently his character is investigating a colleague charged with the defilement of a minor but he won’t divulge anymore.

With Red Rock on every Wednesday and Thursday at 8.30pm on TV3 Patrick visits Limerick whenever his hectic shooting schedule allows.

“There is a 7 o’clock call in the morning and you wrap at seven in the evening so it is a 12 hour day. You’re not doing that every day, it is run in eight day cycles. We shoot two episodes in eight days. You will have a three scene day or an eight scene day depending on how heavy the character’s story is so it is fairly intense and hectic.

“I have to take my hat off to the crew - they are brilliant. A lot of it is hand held cameras, there are guys lugging heavy gear all day long.

“They are great, they will give you a second chance if you screw-up. There is room for error and improvement which is great. Everybody is on the same page.”

Patrick doesn’t know what his future holds but he is very happy in this chapter of his acting career.