Abbeyfeale recalls School Around the Corner 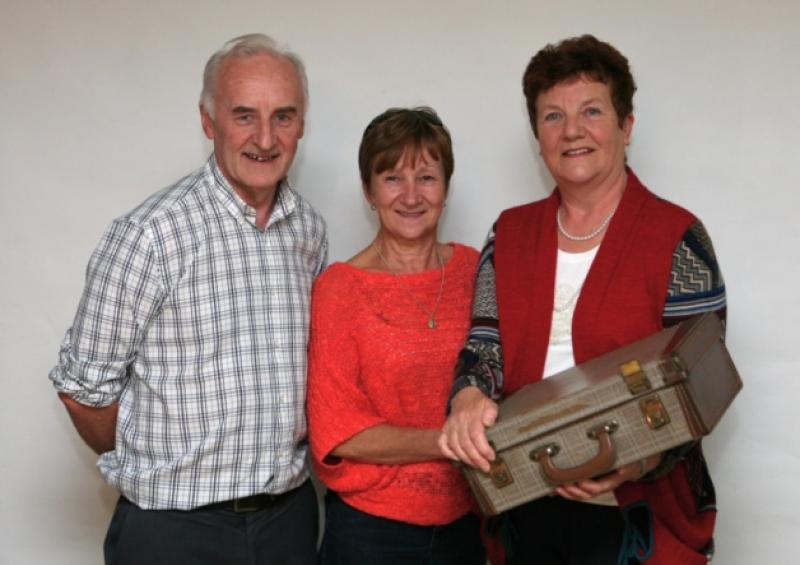 A HALF-CENTURY after she performed the skipping rope dance on RTÉ’s iconic School Around the Corner programme, Abbeyfeale’s Sheila Prendiville still has the girl’s school-case she received from host Paddy Crosbie for taking part in the show.

A HALF-CENTURY after she performed the skipping rope dance on RTÉ’s iconic School Around the Corner programme, Abbeyfeale’s Sheila Prendiville still has the girl’s school-case she received from host Paddy Crosbie for taking part in the show.

And to this day, that case contains some of her most precious mementoes, including a photograph of herself in the red pinafore she wore on the show . It also includes the letter from Paddy Crosbie inviting her to Dublin to represent Munster in the grand finale.

And although the case is a bit battered now, and the lock doesn’t work, it was, Sheila recalled this week, “something to behold” in its day.

“The case was never brought to school. I loved it with a passion ,” Sheila said as Abbeyfeale prepares to recall and re-enact the day in January 1964 when the town featured in School Around the Corner.

But, Sheila revealed, it really should have been her sister Mary who got the chance to appear on TV. Mary was blond-haired and sweet-smiling and Paddy Crosbie made a bee-line for her when he called to the Mercy Convent where both sisters were pupils.

But Mary was too shy to talk up and instead Sheila’s unusual and unique Irish dancing with a skipping rope caught his eye.

“It was a real rope,” Sheila recalled. “Not a fancy nylon one or one with handles.” And she performed the dance to the tune of Phil the Fluter’s Ball. “I suppose my dance was unique,” she added.

She was step-perfect on the day the dance was recorded in Listowel, and afterwards when the invitation came to travel to Dublin for the finale.

Five children, including Tim Healy, Knocknasna, and James Woulfe, The Hill, and Sheila Prendiville, flew the flag for Munster for that programme in April 1964.

“I still have the receipt for our expenses,” Sheila revealed. She travelled to Dublin with her grandmother, and they received £8.10s to cover the costs of a hackney car.

Sadly, no tapes of either the Abbeyfeale programme or the finale, remain. When Sheila contacted RTÉ some years ago, she was told they had been taped over. However, she can still recall the excitement in the town when the programme was broadcast.

At that time, only a few houses had television sets and there was none in the Prendiville household on St Ita’s Terrace. The challenge that night was on to get a good spot in a house with a TV.

Sheila can also remember what she wore on that programme - a red pinafore, with white blouse, white bobbi-socks and black shoes. Afterwards, she travelled to other towns with the late Bertie Noonan’s Cabaret show, performing her dance.

“I could teach it to someone,” she said this week, although she doubted she would get the rope-work right herself at this stage.