SLIDESHOW: On the canvass with Claire Keating in county Limerick

THERE is an enthusiasm about Claire Keating on the canvass trail that is refreshing.  She bounds along, hand outstretched, keen to introduce herself and eager to engage.

Cynics might say it is the enthusiasm and keenness of a rookie. But while Claire is a first time candidate, there is nothing of the rookie about her. She is confident, forthright and good at making the connection that is essential for any candidate.
“Things are going well,” she beams as she and her team arrive in Abbeyfeale for a Monday morning canvass. She is, she says, trying to cover as much of the county as possible but in  “a very large constituency”, that is a challenge.
For the first time ever in Limerick County, the Green Party has run an effective poster campaign. And  that is standing to her.
“I recognise you from the side of the road,” was the reaction of one voter in Abbeyfeale.
And while the occupants of most of the houses in one estate were not at home, there were enough positive reactions to keep the candidate bouncing along.
“It is nice to see a new person,” declared one woman, while another, older woman, seemed pleased to have a woman candidate on the ticket. “At least you are a lady,” she said, speaking out her sitting room window.
Her hope of becoming the first woman TD ever to be elected in Co Limerick is going down well with women voters. “We do need a woman to clean up this place,” one female voter declares.
Later, at the Gourmet Green cafe, other ladies  also seem keen to see more women in politics and seem taken aback that no woman has ever been elected a TD for Co Limerick.
But, asks one: “Is your family political?”, a polite way, she acknowledges, of asking if Claire is from a political family dynasty. No, comes the firm answer from Claire and a pleased smile from the woman asking the question.
Originally from Croagh, Claire and her pharmacist husband have a business in Newcastle West, and in 2015,  became involved in, and later spokeswoman for the Limerick Against Pollution campaign against the development of incineration at Irish Cement
“As a result of that campaign, we came face to face with many of the institutions, the HSE, the EPA, the council, all of whom I felt were there to protect us but they let us down. That is why I am standing,”
She believes very strongly that the Environmental Protection Agency needs to be reformed. “They are a disgrace in my opinion,” she says. “It is called the Environmental Protection Agency but they are more interested in protecting industry than people.”
She “totally disagrees” with allowing large companies like Aughinish and Irish Cement to self-monitor.

Read also: SLIDESHOW: On the canvass in county Limerick with Seighin O Ceallaigh

Green issues are, obviously, coming up on the canvass. Older farmers, Claire acknowledges are somewhat “in fear” of the Greens. “But younger farmers are very much open to what the party is saying,” she says.
That message is all about diversification and about regenerative farming and making it possible for the 120,000 small farmers across the country to make a decent income. “Farmers already do huge amounts of environmental protection and land management,” she says. “We’d like to see them get paid for these services.” New income streams are also possible, she says, such as new forestry or biogas production.
Like all candidates, health is an issue and she would like to see more local GPs, more hospital beds and staff, and more funding for carers and nursing homes.
But housing is a big issue too. And Claire is keen to point to the very many empty and derelict houses and buildings across the county which could be rehabilitated, retro-fitted and made fit for purpose again. She also wants to see communities renewed. “Every village should have a shop,” she says. Transport is a vital part of this regeneration and she would like to see railway lines such as the line to Foynes back in use, not just for freight but with a commuter element.
And with a spring in her step, she heads off down Abbeyfeale’s Main Street.
“Would you consider voting Green?” she asks one voter. “Why not?” comes the answer.
Why not indeed, is Claire’s pitch. “No Fine Gael, no Fianna Fáil is what we are hearing,” she declares before moving on to persuade the next person of her own message. 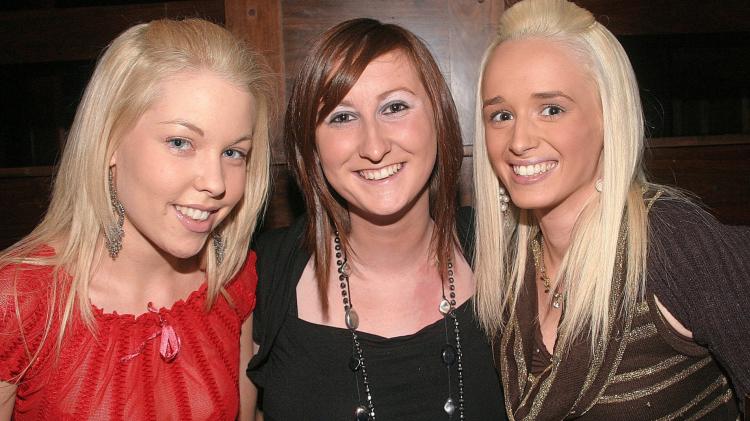