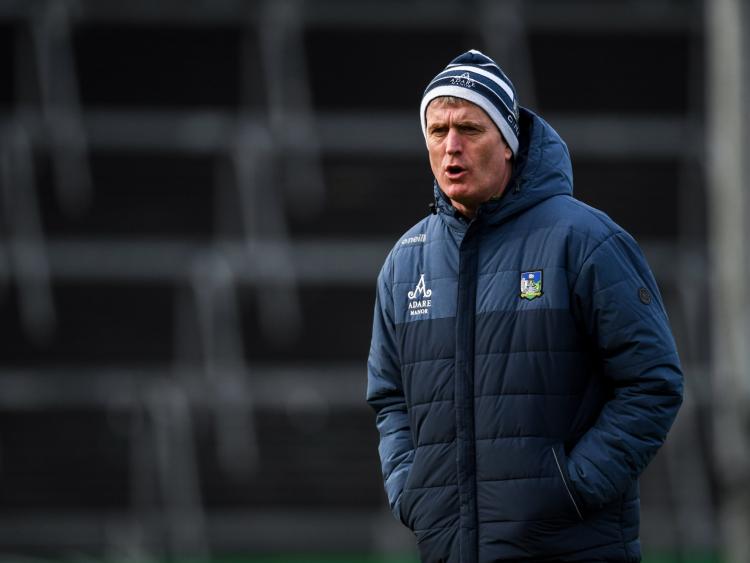 LIMERICK remain unbeaten in the Allianz Hurling League after this round two win over Galway. Their manager John Kiely spoke to the media after the game and expresses his delight at some facets of the game, in particular his side's goal getting.

In the first meeting of the teams since the 2018 All-Ireland SHC final, Limerick were 1-19 to 0-14 winners in LIT Gaelic Grounds.

So no winning return to his native Limerick for Galway manager Shane O'Neill.

Next up for Limerick is the Saturday February 15 visit of Waterford to the LIT Gaelic Grounds, at 7pm, for a third round game that will be be live on eir Sport television.

Limerick gave a first ever league start to Aaron Costello and late in the game league debuts for Darren O'Connell and Brian Ryan.

Limerick had 10 different scorers and won despite 14 wides on wet, cold and windy afteroon.

It was a half when the sides were level on four occasions but six of the final seven points ensured the interval lead for the men in green.

Limerick had seven different scorers from play but also had seven wides in the half with three for Galway.

Captain Declan Hannon, Graeme Mulcahy and Gearoid Hegarty had Limerick 0-3 to 0-1 ahead inside five minutes.

Limerick went close to two early goals - David Dempsey chances in the 5th and 8th minutes - but Galway bit by bit found their feet and in the 13th minute the game was level at 0-4 each.

When Joe Canning pointed from play, Galway were ahead as the game reached the mid-point of the opening half.

Then came a run of six successive Limerick points to move 0-12 to 0-8 ahead and all forwards in green now on the scoresheet - David Reidy leading the way with three from play as well as frees.

Just one minute into the second half it was third time lucky for Dempsey - he gathered over the head of his marker when Flanagan delivered a cross-field ball into the goalmouth and the Na Piarsaigh man made no mistake the find the net.

The goal was soon cancelled out with a run of Galway points and 10-minutes into the new half it was 1-12 to 0-12 - Limerick now without captain Declan Hannon who went off after four minutes.

The Tribesmen then went close to a green flag of their own when Jason Flynn was through on goal but Nickie Quaid and defenders closed off the opening.

Aaron Gillane was introduced and soon on the scoresheet - Limerick 1-15 Galway 0-13 with 15-minutes to play.

Darren O'Connell made his first league appearance scored with his first touch to keep Limerick six points ahead and the final five minutes approaching.