WATCH: Murder mystery about to unfold in Limerick's People’s Park

WITH mass gatherings still off-limits for the time being, top Limerick playwright Mike Finn has written a special play for the times in which we live.

In what will be the Belltable and Lime Tree theatres’ first live performances since March 2020 and the onset of lockdown, almost 30 people will gather in the People’s Park for ‘Waiting for Poirot’

The hilarious new play promises fun for all the family with audiences set to experience “a fast-paced, laugh-out-loud, gripping, awe-inspiring cliche-ridden high-octane romp.”

Set against the backdrop of the birth of the Irish Free State where a bloody civil war pitted comrades against one another, a travelling group of players who labour under the title of Sir Montague Garrick’s Travelling Theatre and Electric Cinematograph roll into town.

They take up residence in the People’s Park. But no sooner do they arrive when one actor turns up dead.

This sets the tone for the story, described as having “more twists than a helter-skelter.”

The only thing which will stop you being on the edge of your seat will simply be that you do not have one! 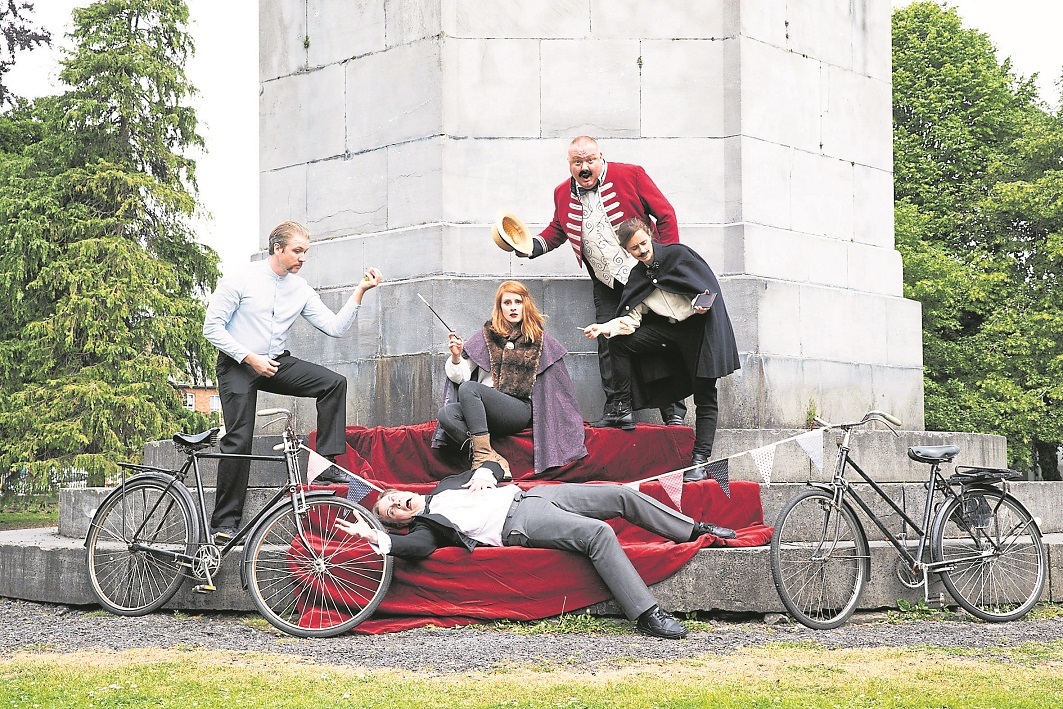 Due to its location away from either the Belltable or Limetree Theatre, a major operation will swing into action during the show’s run, twice nightly between July 20 and August 1.

That’s except for July 25 and 26 to give the cast a much-needed breather!

Audience members will need to check in at the Belltable Theatre in 69 O’Connell Street before being led to the park for the 65 minute play.

“We are using as much of the park as possible. It moves around as much as it can,” explains Mike.

The idea to locate in the People’s Park came during the first lockdown last summer, and was the brainchild of actor Pius – who is in the play –  creative director Tara Doolan and Marketa Dowling, the former Belltable programme manager.

Sadly, the money did not come through in time for the sunny months of 2020, so the focus switched to this July.

It’s not the first outdoor play Mike has produced.

Of course, back in 2019, to mark the centenary of the Limerick Soviet, Bread not Profits enjoyed a sold-out run in the former Cleeve’s condensed milk factory just off the North Circular Road.

He said: “I think Limerick audiences are getting used to that kind of thing where a play doesn’t all have to be in one place. We picked out about four or five different parts of the park to use. The audience would move around from place to place, from scene to scene being led by some of the characters from the band. The moving becomes part of the performance.”

Unlike Bread not Profits, where the audience had a roof over their heads for most of the performance, Waiting for Poirot leaves spectators at the mercy of the Irish weather.

“As soon as people know something is going on outdoors, they will no doubt wear the appropriate clothes. They will not come in bikinis. If it rains, we will just have to deal with that. We have picked parts of the park which are well-sheltered and we will have umbrellas if it’s really raining. But the weather is going to be really good – it is summer in Ireland. I think we sometimes give ourselves a hard-time and are sceptical about the weather,” Mike said, optimistically. 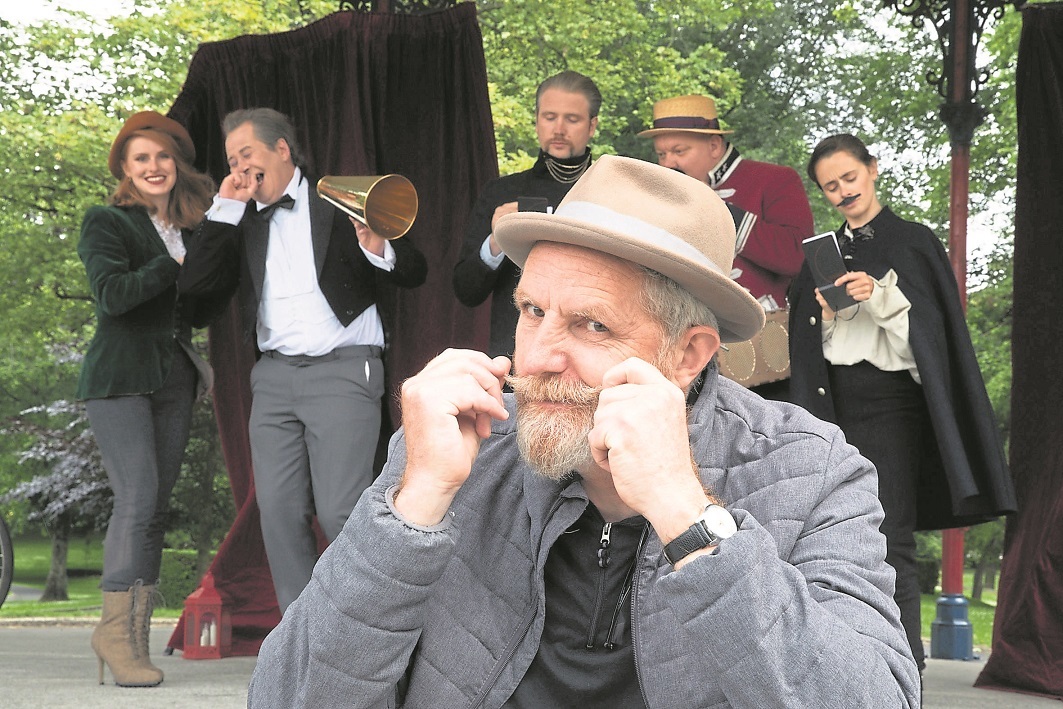 For Gillian Fenton, marketing boss at the two theatres, Waiting for Poirot is a particularly big deal, being the first live event in almost 14 months.

“We are so excited that we are bringing in theatre to people outside, and we can get back to doing what we do best – and that’s to produce good theatre,” she said.

Asked what he hopes people take from the performance, Mike said: “I just hope they have a good time. It’s a comedy. It’s just setting out to make people laugh and it’s exactly what people need now – a good laugh. One of the things that excites me is being back in front of a live audience. Online is great, lots of my friends have done stuff online. But there is definitely screen fatigue. Also, theatre only works properly when there is an audience.”

A small sideshow to Waiting for Poirot has been the insistence by some that the People’s Park should not be used for theatre.

Historian Dr Tadgh Moloney has pointed to an ancient treaty which awarded the tenancy of the People’s Park on the condition there be no live performance to back this claim.

But Mike has received the blessing to carry out the performance – right from the horses mouth in effect.

Completely out of the blue, the ancestral owner of the People’s Park, the Earl of Limerick, Edmond Pery called Mike during rehearsals to offer his blessing.

“Yes, my friend the Earl rang me, as he does,” Mike laughed, “He had heard rumblings and wanted to tell me he knew of the play, he’d looked at it, and was very excited it would go on here. We have his blessing, which is a great thing to have.”

There are hopes the Earl can return to Limerick to watch the play – but this is in the gift of the prevailing Covid-19 travel conditions.

And as for Hercule Poirot, the Belgian detective for whom the play is named after, and the players are ultimately waiting for?

Well, Mike is remaining tight lipped as to whether he will turn up.

You will just have to go and watch the play to find out!