THE President of the University of Limerick has confirmed High Court proceedings have been initiated preventing it from publishing a report into the purchase of the former Dunnes Stores building at Sarsfield Street in Limerick city centre.

Speaking at a hearing of the Public Accounts Committee, Professor Kerstin Mey said just four people have seen the report which was received on December 21, last.

UL confirmed last summer it had commissioned consultants KPMG to carry out a review of its acquisition of the building for just over €8.3m in 2019.

It has since emerged a value of €3m was placed on the site by Limerick City and County Council in 2017 and that no record exists of an independent valuation being commissioned prior to the purchase by UL.

In her opening statement, to this Thursday's PAC hearing, Prof Mey confirmed the KPMG report has not been published or circulated within UL on foot of legal advice.

"I am well aware that the Committee has been particularly concerned to understand the circumstances which gave rise to the University’s acquisition of the former Dunnes Stores site for the sum of €8.343m. KPMG was commissioned to conduct a
review which is complete but is now subject to legal challenge. We are working with our legal advisers to try and unblock impediments to publication."

Responding to questions from committee members, Prof Mey said legal threats relating to the potential publication of the report were received by UL late last year and that High Court proceedings were initiated in March.

UL Chancellor, Mary Harney, told the committee chairman, Deputy Brian Stanley, that even she has not seen the KPMG report.

"There is nobody more than me who would like to see this report published. The governing authority commissioned this report and I think I can speak for the entire governing authority when I say we are frustrated that we haven't been able to publish it," she said adding that the legal advice from UL's legal advisors was "very strong" and that she would, as chancellor, be reckless to ignore the advice.

Deputy Stanley said it's a "nonsense" that Ms Harney has not seen the KPMG report and he said the work of the PAC is being impeded because members have not been able to examine it.

Ms Harney later told Deputy Matt Carthy it would be "unconscionable to her" that the report would not be published before the term of current Governing Authority ends in November.

Answering questions from a number of committee members, the former Tánaiste said the €3m valuation, which was placed on the Dunnes site in 2017, was a “desktop" exercise to enable the council to place the building on the derelict sites register.

She added that an inspection of the former store was not carried out as part of that exercise and that, in her view, it is unfair to compare the two valuations.

Regarding the purchase, the chancellor explained that in April 2019, Dunnes approached UL asking if it was interested in acquiring the site.

She said UL's former president Des Fitzgerald and his deputy oversaw the negotiations and the Governing Authority was subsequently informed that an opening offer of €6.5m was made while Dunnes had sought €10m. 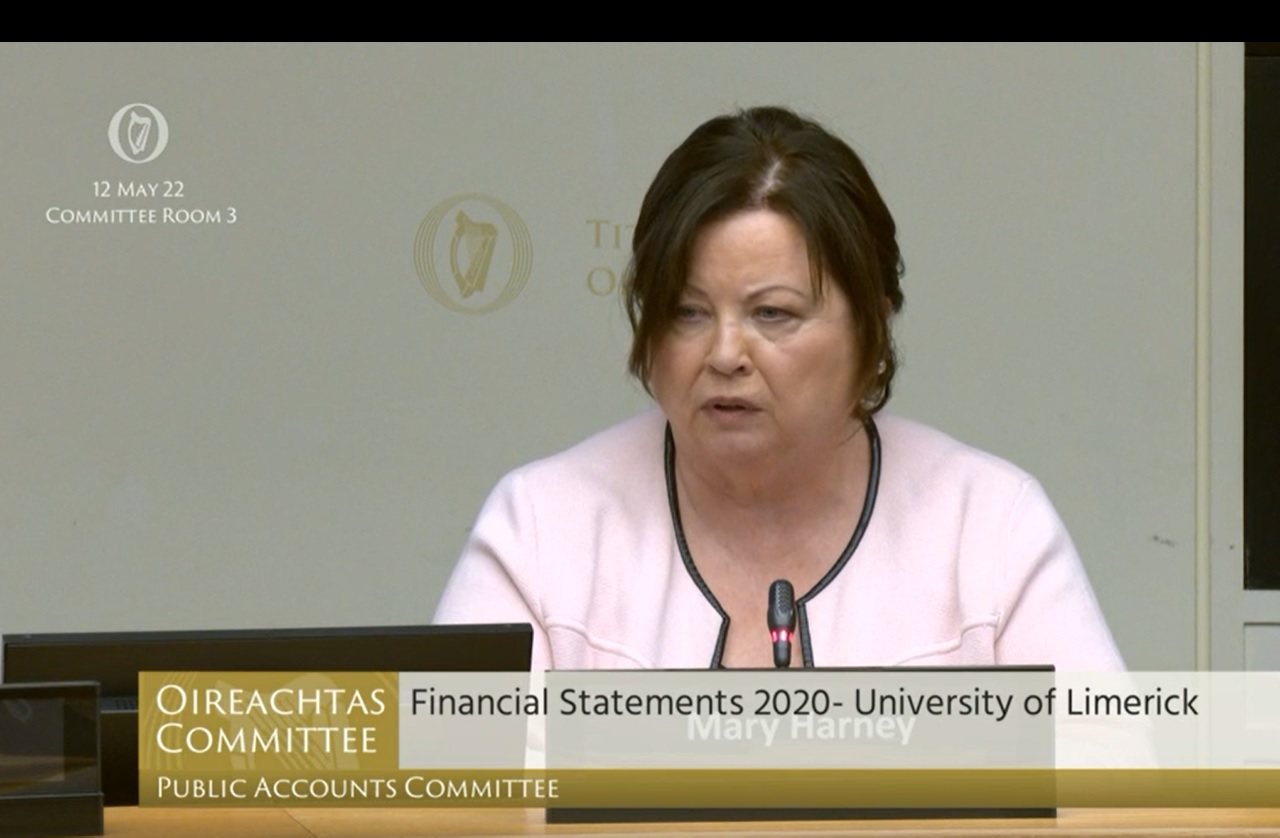 Describing the location as an 'iconic site' Ms Harney said the it was previously identified as the 'preferred location' for a city-centre campus but that there was "no willing seller" until April 2019.

She told the committee the Governing Authority had been assured (at its meeting on April 5, 2019) that independent valuations had been provided by both sides during the negotiations.

She would not be drawn on whether or not the Governing Authority had been misled.

Towards the end of this Thursday's hearing, Ms Harney confirmed that 'safeguards' have now been put in place by UL to avoid a similar situation happen in future.

"Safeguards have been put in place. If documents are to come to the Governing Authority in future around the acquisition of property, individuals and whoever is responsible will have to certify certain things," she said.