A NEW urban greenway in Castletroy has been official opened completing a €2 million project.

Mayor of the city and county of Limerick, Cllr Daniel Butler and Minister of State at the Department of Transport Hildegarde Naughton officially opened the urban greenway which was recently completed.

Totaling 1.3km in length, the 3.5m wide cycleway and 2.5m footpath includes a western link to Castletroy Town Centre and an eastern link to the nearby residential area of Walkers Road. 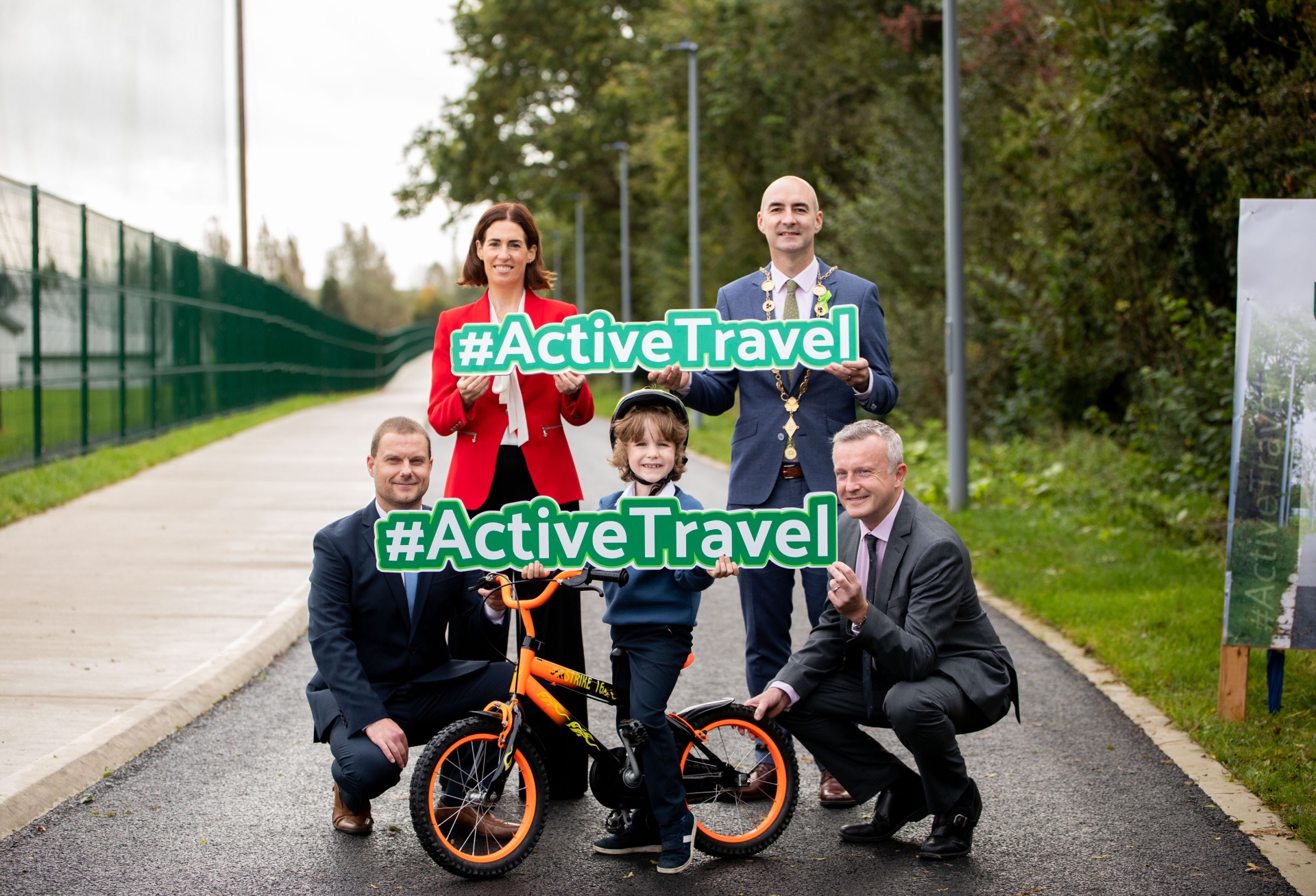 Speaking to the Limerick Leader at the launch, Mayor Butler stated: “The most significant benefit today is clearly seen in the young people that attended. We have two schools here, a secondary and a primary. We are hearing of an incredible number of people walking and cycling, which is really encouraging.”

Minister of State Naughton said the project will also benefit local businesses and that its value cannot be overstated.

“The connection to the town centre, will encourage more people to leave their cars at home,” she said.

Mayor Butler added that following the opening of Limerick Greenway over the summer, the plan is to have a connected urban green and blueway, heading down to the River Shannon.

“We are hoping to have a connected cycle network for people to get out, enjoy and get active,” he said.