THERE were scenes of jubilation backed by a soundtrack of cheers and champagne corks popping at the General Post Office in Limerick city this Monday as celebrations continued over the mega €5.8m Lotto Jackpot win.

From a simple €5 Quickpick to a nearly €6m prize, the lucky winner purchased the ticket at the Cecil Street post office last Friday.

However, there is no new millionaire just yet, as the ticket holder has yet to come forward to the claims team at the National Lottery office in Dublin. 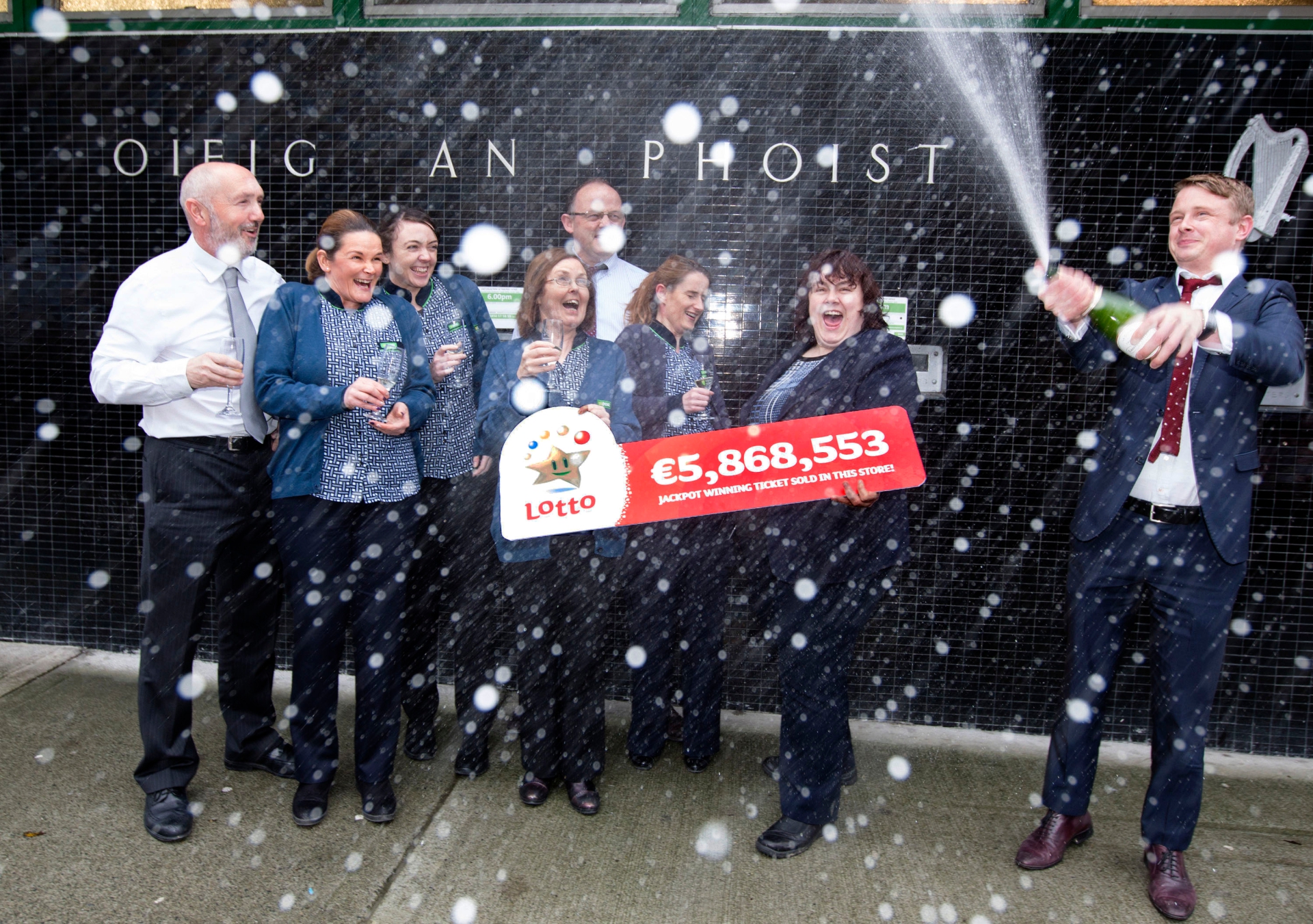 Roger McMahon, branch manager of the post office, was elated when he received the phone call that his post office had sold the winning ticket.

“I got a phone call while I was at Mass,” he laughed.

“It is great to win something like this. We have never had a big winner like this before. We have paid out figures like €15,000, €10,000, and a few times a year we would with scratch cards, but nothing as big as this in the GPO in Limerick. It’s brilliant, and we are all on a high here,” the Farranshone man told the Leader.

Roger and his staff do a Lotto syndicate, but he can confirm that they were not the fortunate ones this week.

“But you swear we won it,” he enthused. “Everyone here is on a high because everyone here is getting phone calls and texts, saying congratulations. Just shows the amount of goodwill that is out there, delighted that we sold the ticket. It’s great.” 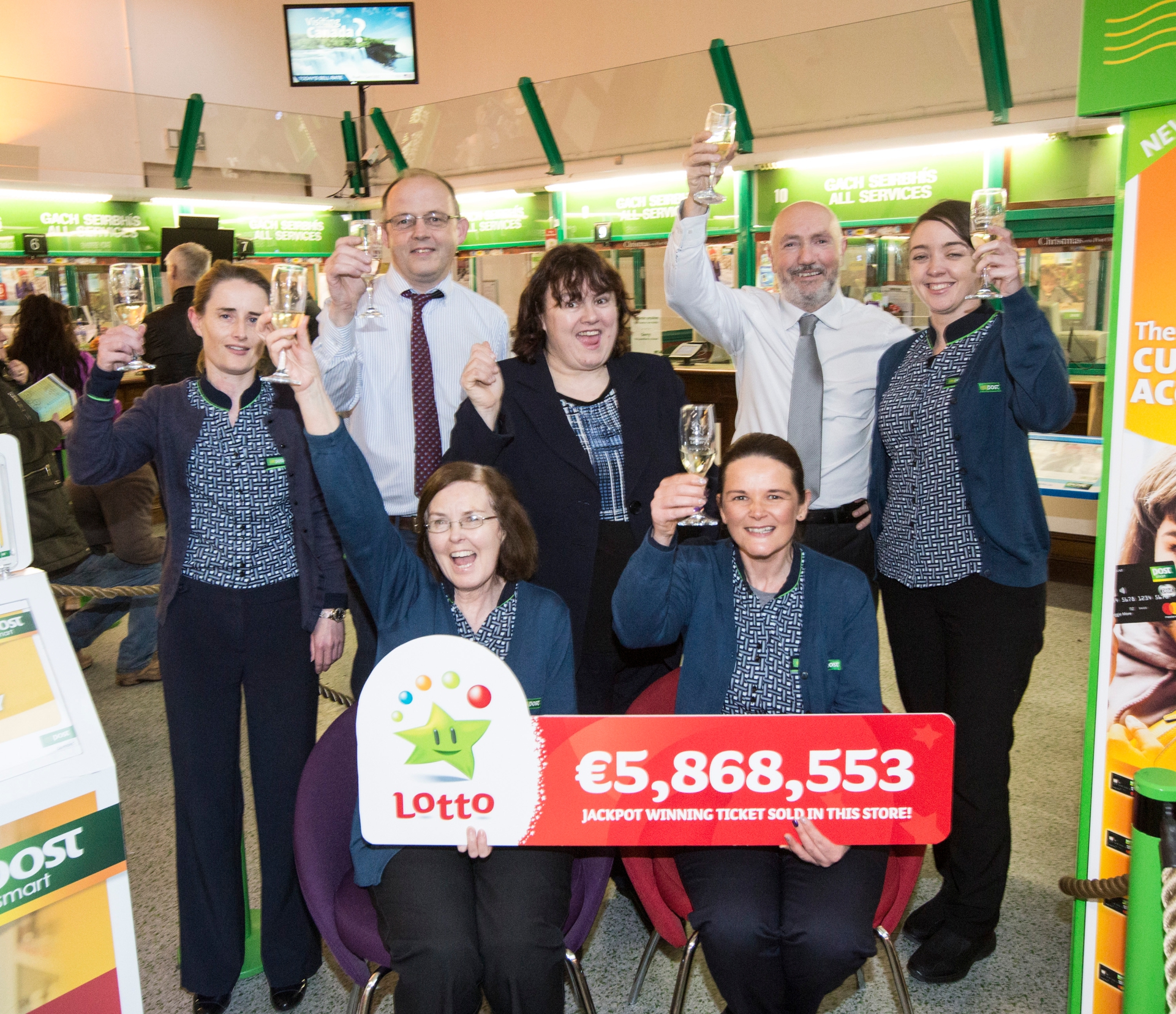 Fran Whearty, of the National Lottery, drove down to Limerick city on Monday with the bottles of bubbly to celebrate the occasion.

“It is an absolutely great win for Limerick. It is the second Limerick Lotto win of the year, so obviously there is a massive buzz around the post office here, as we are looking for the winner,” he said.

The National Lottery is urging Lotto players, who purchased the winning ticket on Friday, to come forward and contact the claims team at 01 8364444, as soon as possible.