Wild About Wildlife: Having a general check on nature 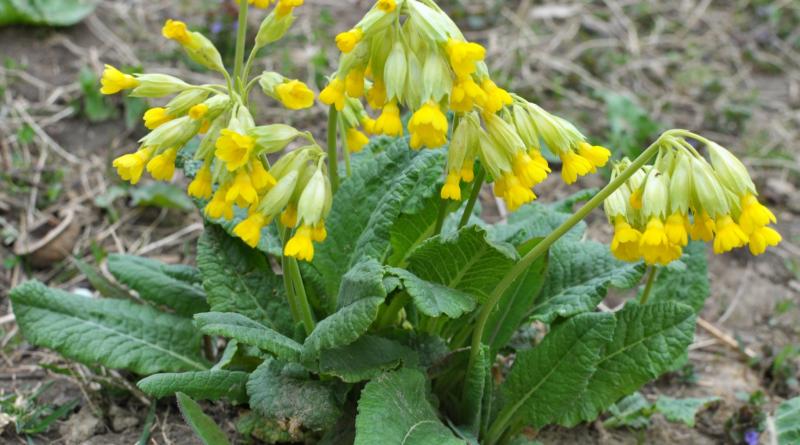 A member of the primrose family cowslips may derive its name from the old English for cow dung, probably because the plant was often found growing amongst the manure in cow pastures Picture: Pixabay

WE WERE waiting for the NCT to be done and this can be a can be a stressful time. We had booked a very early appointment as I had a few workshops that day for biodiversity week. But rather than wait around and worry, the cool morning air encouraged us to head out and explore.
The centre is located in an industrial park and at first impressions it did not look very encouraging for wildlife. This was soon revealed to be untrue and we were soon exploring a very interesting habitat.
The grass margin sandwiched between the road and path had been left uncut. This is about a meter wide and I think it might have been left uncut for “no mow May”. This is a great All-Ireland project where anyone who manages a lawn is encouraged to leave an area uncut or reduce the level of mowing to support pollinators.
This area has a high level of walkers who stretch their legs while the test is been done and it is a fantastic opportunity to raise awareness around the benefits of leaving flowers grow for pollinators. A free sign can be downloaded from the national pollinator webpage and this informs that this area is been managed for wildlife.
The benefits of this reduced mowing was evident in the huge diversity of wildflowers and grasses that had been previously been hidden by the intensive mowing.
The first flower we noticed was a cowslip. These used to be very common in the countryside but are becoming increasing hard to find.
Nearby we found bird’s foot trefoil. This is also called bacon and eggs from the colour of its flowers. Mingled between the trefoils were lots of daises. I have seen a few green veined whites this year in my garden and they feed on the flowers of the daises.
As we walked along we paused every few meters and knelt down so as to get really close to the plants. At this level you can see every detail. The crinkled leaves of ragwort can survive mowing for a long time as they flatten themselves against the ground. This also ensures that their leaves get the maximum amount of sunlight for growing.
Birds were also very active and the loud song of a wren followed us along the path. We also heard an early morning song thrush and a summer migrant the willow warbler. The warbler comes all the way from Africa and is found in areas of willow and other shrubs.
A pair of jackdaws were chuckling from the roof of an industrial buildings and they will nest in any gap under the roof. We also spotted a starling flying low over the road. He landed on the fence and there was a worm in his mouth. He was waiting for us to pass by so that he would not reveal the location of his nest and their precious chicks.
With the lawnmower thankfully idly taller flowers have been given the opportunity to grow. Knapweed grows in long grass along with thistles, narrow leaved plantain and cuckoo flower. Dandelion has the ability to hug the ground or grow tall depending on the mowing schedule.
We found an unusual plant called cinquefoil and as it name suggest it has five leaves. The flowers are yellow and are borne on long stems.
We decided to leave the path and explore the adjacent meadow. I brushed against a nettle but this was relieved by the juice from a broad leaved dock. The rabbits have been busy and they keep down the rank grasses and there are yellow patches of birds foot trefoil scattered throughout the meadow.
A distinctive “clack clack” revealed the presence of a stonechat. Its call sounds like two stones been banked together and it nests it areas of rough scrub with gorse.
This is an amazing habitat and helping biodiversity is often about been aware of what we have and taking measures to protect and conserve.