Wild About Wildlife: No need to fear our native Irish bats 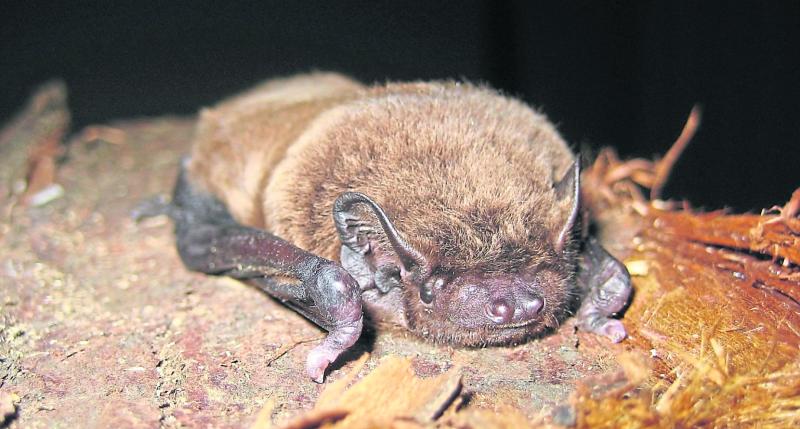 A COLD spring evening found myself and Harry in the beautiful town of Cashel. We arrived to a sky flushing pink with the setting sun and parked by the plaza. We were here to meet the local girl guides and we were taking them on a bat walk.
This walk had been planned a few years ago but the little matter of the pandemic put the walk on hold. We were delighted to be finally meeting the group and their enthusiastic leaders.
Despite the late hour the town was still very busy with a constant flow of traffic passing by. While we waited for it to get dark and bats to hopefully emerge we had a chat around bats found in Ireland. One of the girls was scared of bats and this was an honest and great place to start her journey with them.
This was a general introduction to the amazing world of bats as the girls had a busy day at school and did not need any more lessons. I first asked how many species of bats are found regularly in Ireland. There were various answers from one to “hopefully none” as this was from one of the girls who was terrified of bats.
The number of species is nine with two more very rare vagrants.
These have only been recorded once but bats are so under surveyed that who knows what species are out there waiting to be discovered.
Next we discussed the diet of bats. Bats in Ireland are insect eaters and catch up to 2500 insects each night. These can be tiny flies up to the larger moths and beetles. The smaller bats like the pipistrelle eat the mosquitoes and the larger Leisers dine on big moths and beetles.
Insects generally fly in greater numbers when the temperature rises above 10 degrees and the bats will be out feeding and you have a greater chance of observing them.
Each night bats eat tonnes of insects and this ecological control is one of bats main benefits in the environment.
With the skies darker I handed out the bat detectors. These brilliant devices convert the normally inaudible bat echolocation calls into something we can hear. With lots of practice and patience and taking into account habitat and flight you can start to tell the different species apart.
We walked along a quiet street that was well lit. There was a side street and it looked promising for bats and we planned to return later on. The church in itself is impressive but one side of the grounds has been completely lit up but powerful lights.
We went around to the darker side and there is also mature yew and beech trees. The girls went to investigate a massive yew tree and suddenly they all came out screaming. They had disturbed a roosting woodpigeon and it was a lively and fun start to bat watching.
Our first bat was spotted by one of the leaders and it flew around just above our heads. The girls were all screaming and giggling and hugging the ground.
But they started to lose their fear and by the end of the night they were all standing firmly on their feet. The calls of the bats were loud and clear through the detectors and they were busy feeding after a long day of sleeping.
The bats must be roosting nearby and are probably in the belfry of the church. It is so important that lights are not placed anywhere near this amazing bat habitat.
We tried the street that I thought might be good for bats but unfortunately it was completely lit up.
Thanks to the all the leaders and girl guides for their interest and enthusiasm in discovering bats.