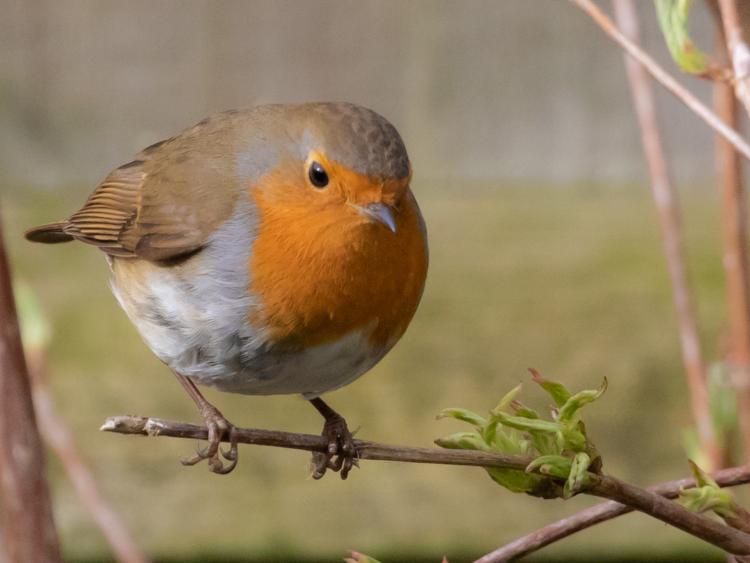 I had an amazing time celebrating Science Week and it concluded with a visit to Lisnagry National School. The school are just starting to work on their biodiversity green flag and have already completed the one on sustainable transport.

Lisnagry National School is located in a beautiful location with rolling fields and hedges all around the school. They have also invested in buying a field at the back of the school. Part of this is now an all-weather pitch and the rest is used by the students for playing, doing a few laps as part of healthy schools and also exploring nature.

The boundary of the field is bordered by a mature hedgerow full of interesting species of trees. This is part of the natural legacy left by the former principal and is now been continued by the school's participation in the biodiversity green flag.

All classes participated over two wonderful days of discovering the trees and its wildlife. We were not alone as ‘Santa's Little Helper’ the robin accompanied the students on their walk. As soon as we appeared the robin hopped onto a nearby branch to keep a watch. He had no need to fear as all of the children were very enthusiastic and well behaved. There are two pairs of robins in the school and they have the hedgerow divided up between them

We also heard the squeaky calls of the dunnock from the hedgerow and there was a pied wagtail hunting for insects on the school lawn.

Our first tree was the mighty oak that can live for nearly a thousand years. Squirrels eat the acorns and hundreds of insects live on the oak throughout the life. The students found one of the most interesting, the oak apple. Inside the very hard marble shaped structure we found a tiny wasp larva. This has a very soft body and is high on the menu of many species of birds. When the wasp is fully grown, it drills a perfect hole and emerges to start the whole amazing process again.

Holly has the majority of its thorns on the lower leaves. When it gets over two metres there's no grazing animals that can reach that high, so thorns would be a waste of energy. This tree had no berries, as you need both a male and female to bear fruit.

We also learnt about trees that are evergreen like holly and ivy and the more tricky deciduous. These trees like oak and sycamore have leaves that go brown, or fall off during the winter. Next we examined the alder. This is a deciduous tree that has cones. Inside the cones there are dozens of tiny papery seeds. Flocks of acrobatic finches will eat the seeds.

Silver birch with natural holes is a nesting location for birds. If the cavity is big enough you might get roosting bats or even ants. This tree had lots of witches broom growing on the branches. These are not birds’ nests but are caused by a fungus that encourages a mass of small branches to grow. Out last tree was hawthorn and this was full of red berries for birds to eat.

To encourage more wildlife bat and bird boxes could be put up on the trees.

These could be made up as kits by a local Men’s Shed, and assembled by the students. Native honeysuckle planted along the hedgerow will attract insects like moths that in turn will feed bats and birds. Seed could also be gathered from the trees and sown in recycled pots like yogurt containers.

Thanks to Marie Walsh from LIT who sponsored the workshops.