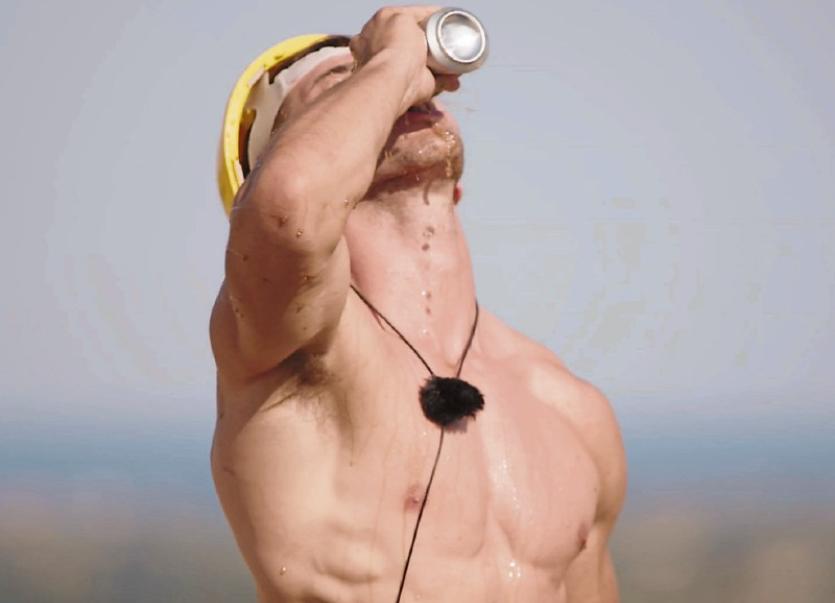 Anton arrives back at the villa and is reunited with his fellow Islanders. Speaking in the Beach Hut, Anton says “I’m back! I’m feeling the best I’ve ever felt in here. I’m so happy to be back with my family and see the beautiful Belle.”

Shortly after, Anton receives a text “Islanders. It’s time to find out which boy is the buffest builder as you go head to head in today’s challenge. #menatwork #powertools”

Today, the boys will compete to be named the villa’s buffest builder. They will try to deliver the sexiest performance as they travel around a construction-style course.

The course is made up of all several stages, including a wall the boys need to break down to reach their girl on the other side, and a concrete pool they’ll have to wade through whilst carrying their girl. As well as a giant wrecking ball to mount and channel their inner Miley Cyrus.

The girls are particularly impressed with Greg’s routine, who chooses Amber to be his partner during today’s challenge.

As with other challenges, the boys can mark the end of their routine by planting a smooch on their girl. Rather than locking lips with Amber, Greg gives her a kiss on the cheek. In the Beach Hut, Greg reflects on this and says “I thought it was better off giving her a little peck on the cheek and treating her like the lovely lady she is!”

But it appears Amber was looking forward to a cheeky snog with the newbie. In the Beach Hut, Amber says “I wouldn’t have minded if Greg had kissed me!”

It is soon Tommy’s turn to take on the course and he is particularly in his element during one stage, the wrecking ball.

Speaking in the Beach Hut, Tommy says “Everyone knows I am a massive Hannah Montana fan. I just pictured Miley Cyrus doing it in my head.”

When it is Michael’s turn, he decides to choose Amber as his partner. And while Greg plays it safe with a peck on Amber’s cheek, Michael wastes no time in turning up the heat as he plants a kiss on her lips.

But who will be named the villa’s buffest builder in today’s challenge?

MICHAEL HAS FEELINGS FOR AMBER, BUT IS IT TOO LITTLE TOO LATE?

Michael has just told his fellow Islanders that he still has feelings for Amber. He now thinks it is time to share this with Amber herself.

On the sun deck, Michael says to Amber “The situation that I am in now has given me time to clarify a few things in my head. It’s given me time to think and realise ‘I do like Amber’. I can only apologise about how I was over the last few weeks. I’m just letting you know that I do still like you.”

Amber is shocked by Michael’s admission. She says “I don’t get it. If you liked me the whole time, why would you do that?”

Amber then asks “Would you still have done this if she [Joanna] was still here?”

Michael says “Yes. I would have to have this conversation. I knew that I still liked you. I just kept denying it to myself.”

Amber reflects in the Beach Hut on her conversation with Michael. She says “I actually cannot believe what is happening! I cannot believe Michael of all people, pushed his pride to the side and said how he really felt.”

After taking a shine to new boy Greg and having Michael declare his feelings, Amber is left torn between the two boys.

INDIA AND OVIE SEAL THE DEAL WITH A KISS, BUT CHRIS ISN’T GIVING UP

Since India’s arrival in the villa, Ovie and her have been getting to know each other.

Speaking on the terrace, India says to Ovie “It’s nice to come in here and feel like you get on with someone. Obviously, you’re lovely to look at but I know that if I need someone to talk to about anything, you’re the person I feel on a level with. We’re on the same page.”

Ovie says “We’re very similar. I’ve picked up on that too. I’m really happy at the moment.”

India points out that tonight is a full moon. Ovie says “Make a wish.”

India asks “Do you believe in that?”

Ovie replies “I don’t know, but you can make me a believer.”

India then asks “Have you made a wish?”

Ovie says “I’ve made a wish. Give me a little kiss.”

India and Ovie then lock lips and share their first kiss. Is this a sign of a blossoming romance between the pair?

But Ovie isn’t the only boy who has eyes for India. After the challenge, Chris asks India for a chat.

Chris says “I like you. I don’t know if you guessed that?”

Will India feel she has a stronger romantic connection with Chris?

A RECOUPLING LOOMS AND THE GIRLS HAVE ALL THE POWER

That evening, Maura receives a text “Islanders. Tonight, there will be a recoupling in which the girls will choose which boy they want to couple up with. #manofthemoment”

As the girls have all the power, Amber is left with a tough decision to make.