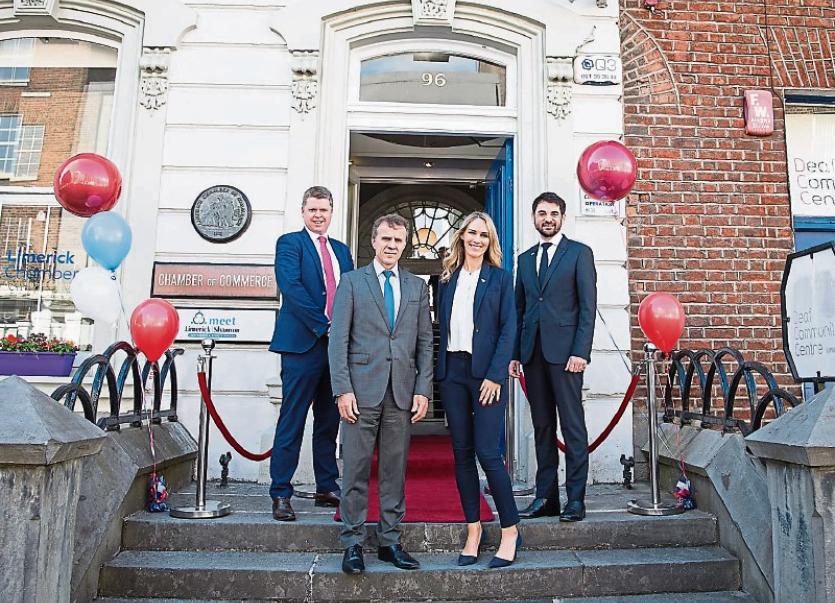 A SPECIAL event is to be held at King John’s Castle next month to commemorate Bastille Day.

The event will take place on July 14 and will remember the French Revolution, which a huge number of Irish men played a key role in. The news was revealed at a special event to celebrate the appointment of a new honorary consulate to Limerick.

Dr Loïc Guyon, a native of Romans in the South East of France takes over the role from Marie Hackett, who has served in the position at the local French consulate for an incredible 35 years.

Dr Guyon, who is the head of the department of French studies at Mary Immaculate College, was formally welcomed to the new role at a special event in the Limerick Chamber offices.

Appointed by the French ministry of foreign affairs, the honorary consul of France has jurisdiction over the whole region, and can afford protection to the estimated 800 people from the country living in this region.

“I am extremely proud and deeply honoured to be given today this unique opportunity to serve my compatriots and represent my country here, in the Mid-West. I am fully aware of the responsibilities attached to the position of Honorary Consul, and I am all the more grateful to the French authorities for the trust they have placed in me,” Dr Guyon told those gathered.

He also highlighted the business links between Limerick and France – and suggested even more could be done with the creation of a Limerick Food Academy.

“Wouldn’t it be great to make Limerick a centre of excellence in the training of restaurant personnel and managers and ensure all the great hotels and restaurants of this region and the rest of Ireland are provided with he highly qualified workforce they need,” he told the event.

The deputy mayor, Cllr Adam Teskey was also on hand to welcome the new consul. He said: “Having a consul in Limerick is a fantastic way to showcase our connectedness and partnership with other countries. It shows we are open and welcoming.”

Read also: Temperatures set to soar in Limerick but thundery downpours can be expected