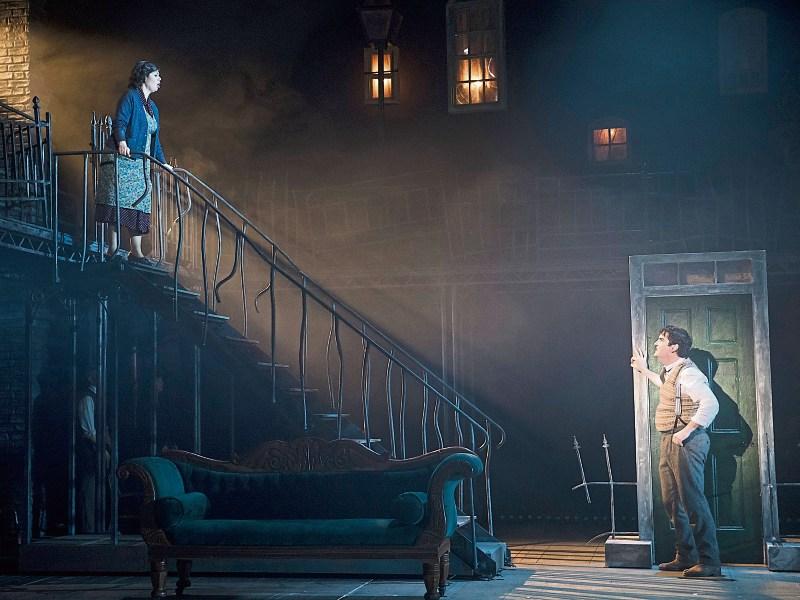 Eoin Cannon as the young Frank McCourt and Jacinta Whyte as Angela in the smash hit musical, returning to the Lime Tree in July

THE actors that played Angela and the young Frank McCourt are returning to the stage once again in the hit musical.

The smash hit Angela’s Ashes The Musical is returning to the Lime Tree Theatre stage for a strictly limited run in this July, scene of a record breaking box office run in 2017.

The popular musical based on Frank McCourt’s Pulitzer prize winning work and brought to the stage by acclaimed producer Pat Moylan with composer Adam Howell and writer Paul Hurt, returns to Limerick for 11 performances only prior to a UK and Ireland tour.

And it has been confirmed that Jacinta Whyte (Angela) and Eoin Cannon (Young Frank McCourt) are confirmed for the 2019 tour in the first casting announcement.

“I’m delighted to be working with Louise Donlon and the Lime Tree Theatre team again for the return of Angela’s Ashes, The Musical. The tour opens again in Limerick for 11 performances before returning to the Bord Gais Energy Theatre, Dublin, the Grand Opera House, Belfast and then onto the UK,” said producer Pat Moylan.

“This musical adaptation of Frank McCourt's worldwide best-selling memoir premiered to rave reviews back in 2017 and we are thrilled to announce that the two stars of the original production Jacinta Whyte and Eoin Cannon will join us again for this upcoming tour.

“We hope Limerick audiences will return in the numbers that came to see it first time round, it was wonderful to have so many sold out shows in it’s very first run, showing the confidence that Limerick audiences had in this brand new world premiere.

“The reaction of the audiences at the time fills me with confidence that we will have another sold out run in July 2019,” she added.

Frank’s widow Ellen McCourt has said she is “thrilled that the musical will have another life”. The musical tale of McCourt’s memoir was a “gamechanger” for the Lime Tree, venue boss Louise Donlon has said.