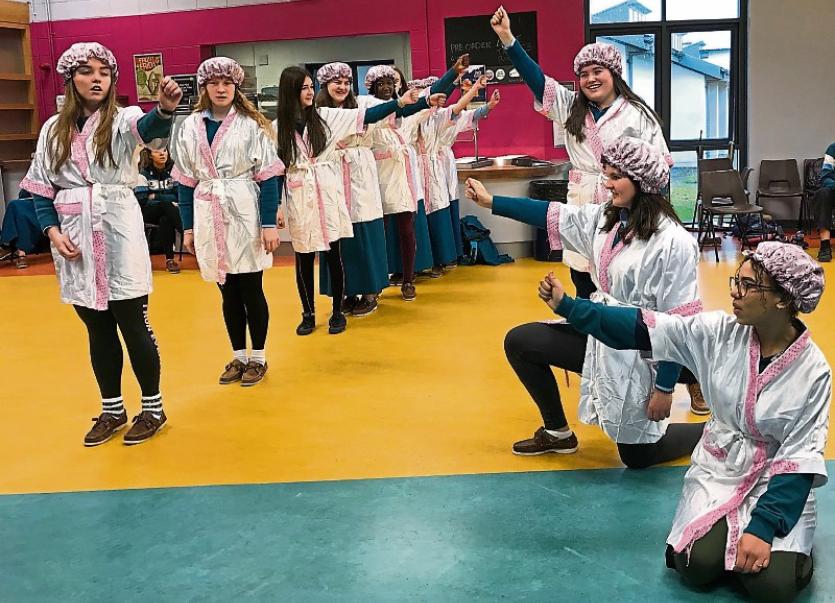 AFTER almost three months of rehearsals, and with a cast of over 100, the students at Castletroy College are gearing up to proudly present a slick production of the much-loved musical Grease.

They invite one and all to get out your leather jackets and put on your bobby socks with Rydell High’s senior class of 1959.

The Greasers, led by heartthrob Danny Zuko, played by Castleconnell’s own Josh Dorrell, and their gals – The Pink Ladies - led by Betty Rizzo, Juliette Pinson from Castletroy, get all shook up with the arrival of the new girl in town Sandy Dumbrowski.  Fifth year student Leah Sheehan, from Annacotty, takes on the iconic role.

All the hits,  Grease Lightning, We Go Together, Shakin’ at the High School Hop and You’re the One That I Want will be performed.

The songs will bring the audience back to the wonderful era of fifties rock ‘n’ roll.

The show promises to be a smash hit spectacle with the students now ready and waiting to showcase their theatrical talents under the direction of teachers Anita Cunneen and Catherine Clohessy, alongside artistic director Jessica Bray and choreographer Robyn O’Brien.

Padraig Flanagan, Principal of Castletroy College, said that the show was the culmination of months of hard work by so many in the school community.

He thanked all involved, particularly the input of so many teachers and the support of the parents association.

Tickets are available from www.limetreetheatre.ie.