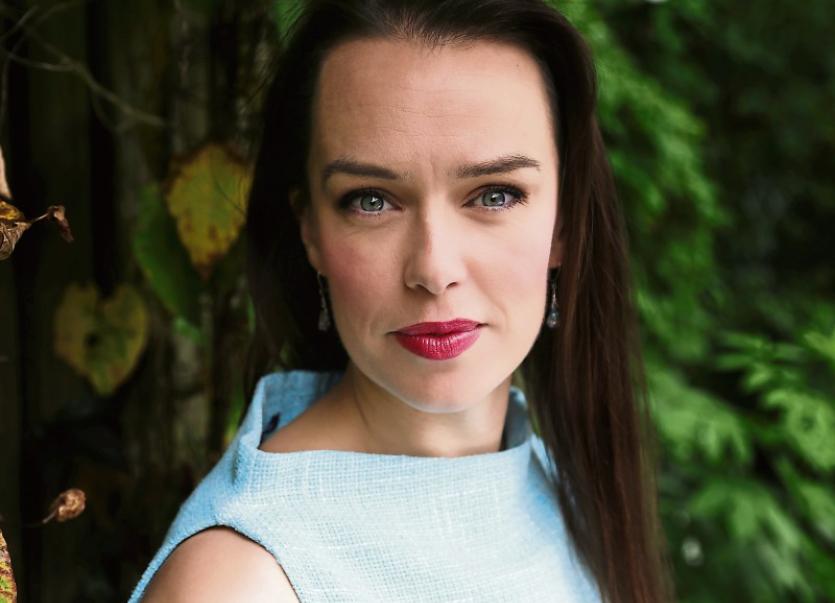 HINDSIGHT is a wonderful thing. For Sharon Carty, the decision to pack in the day job and become a professional singer looks brave now, but it was “a leap of faith” at the time.

Mezzo-soprano Sharon, from Kildare, is now one of Ireland’s fastest rising opera stars, blazing a trail in recent years and now as artistic partner to Irish National Opera and a busy concert schedule of chamber music, lieder and oratorio with numerous ensembles and orchestras at home and abroad.

In another life, she studied PE and English in UL, against all the available advice.

“I was gung-ho and lots of my teachers did try to tell me that music was something that I should have done, but I was very obstinate - still am - and all I ever wanted to be was a PE teacher,” she laughs.

That dream was fulfilled and four years she taught at her alma mater where her talents were spotted. But the lure of singing and performing was too strong.

“I packed in my job and applied to go and do a postgraduate opera course in Vienna. Luckily they accepted me because I had already given up my job,” she laughs again.

“It was a bit of a leap of faith. People say to me now, ‘you were very brave’ and looking back, because it worked out, it was brave, but if it hadn’t, it would have been extremely stupid! Hindsight is 20-20,” she adds.

It was a “steep learning curve” but Sharon’s talents were spotted again by the Frankfurt Opera which was a springboard and “the rest as they say is history,” she adds.

She has shot like a rocket through European opera, with roles this year alone at the Barbican Theatre and the Dutch National Opera in Amsterdam, a festival debut with Wexford Festival Opera and numerous other concerts. The lessons she learned in teaching and sport have stood her well.

“There are lots of links between music and the sports world,” she says. “Anyone who works with musical performers on techniques, it is all sports psychology stuff. You have a lot of preparation on your own and little exercises and technical stuff, and then you come together as a group or a team to rehearse and make decisions and perform in front of people, which is not that different at all from preparing for a big match.”

Sharon returns to Limerick to perform “a really beautiful programme” with the Irish Chamber Orchestra and Corsican conductor Jean-Christoph Spinosi in a baroque feast at St Mary’s Cathedral, performing six pieces in total, including Handel’s Ombra mai fu from Xerxes. Her advice to non-opera lovers is “dip a toe” and see what they like.

“I think particularly this concert has such gorgeous music in it, it is not heavy,” she says. “I would encourage people to just give it a chance, come along, have an open mind and have a really nice evening.”