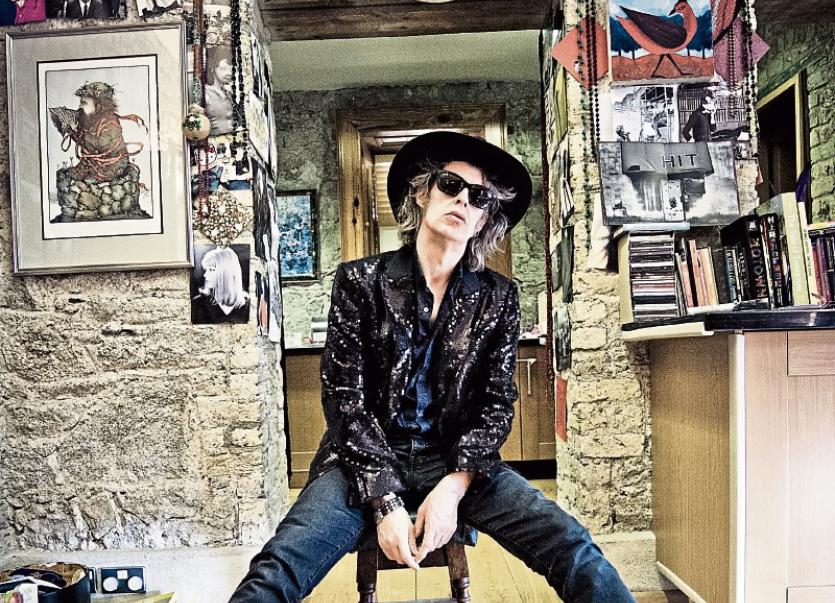 Mike Scott: Relishing a return to Limerick this December

MIKE Scott of The Waterboys says he is looking forward to returning to Limerick and its “rowdy” crowds.

Speaking to the Limerick Leader, Scott, frontman with the Scottish band expressed his anticipation at playing an intimate show at the UCH on December 7.

“Yes, I like the UCH a lot, it is a good performing room,” he says of the theatre, which will host a third Limerick gig for The Waterboys in as many years, with two superb gigs at the Milk Market preceding this 2018 return.

“We just like touring Ireland and Limerick. It’s always a good audience, a nicely rowdy night.”

The show, he reveals, will feature the seminal line-up of himself and Steve Wickham, but he doesn’t want to give too much away.

“I don’t like to give too much away about the setlist in advance. And we haven’t played for a few months, so there is some working out still to be done. I can’t really say clearly what we’ll play, but it is a seven-piece band with two great lady singers backing my voice. Wickham on fuzz fiddle, Brother Paul rocking the hammond, Ralph skinbashing and the funkiest man in Ireland, Aongus Ralston, on bass,” he laughs.

Formed more than 30 years ago, the band became famous for their powerful live performances and majestic rock albums such as A Pagan Place and This Is the Sea, which included their biggest hit The Whole of the Moon.

Since then The Waterboys have continued to make great records and have matured into a very fine live act.

They made a powerful return in 2017 with a new album, Out of All This Blue – their 12th and first double album – a showcase of how the music of The Waterboys has never ceased to evolve.

Scott says of the most recent record: “I set to make a double album and the songs just kept coming. At one point in summer 2015 I was writing a song a day, fastest since I was a teenager.

“I think now it might have made two good single albums released within nine months of each other, because I realise now a double is a lot to expect people to absorb in the 21st century, when so many records are released and so many things distract us all the time,” he explains.

“It is a move into soul and funk music, an influence which has been there before, for example on The Whole Of The Moon, but never so fully explored.

“We have been busy making the next record which will come out in 2019. It’s a collection of some of the best songs I’ve ever written. I’m very proud of it.”

The Waterboys play the UCH on December 7. See www.uch.ie for tickets and more information.