‘On Tuesdays, I’m a Buddhist’: Michael Harding to read at Limerick’s Lime Tree 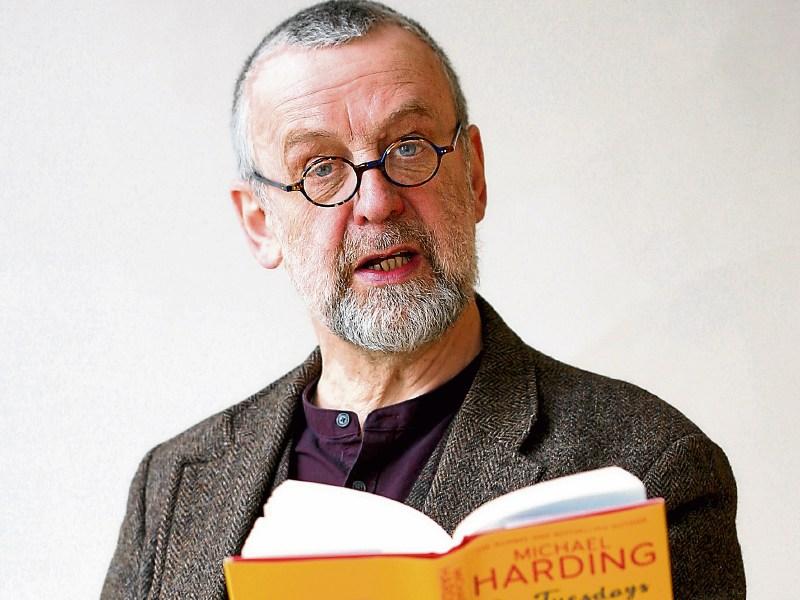 BEST-SELLING writer and raconteur Michael Harding returns to the Lime Tree Theatre in Limerick this Friday to ruminate on the difference between psychotherapy and religion as he reads from his latest memoir.

On Tuesdays I’m a Buddhist tells the story of Harding’s “ongoing search for meaning.”

“The Lime Tree is a lovely theatre, a beautiful state of the art building,” he says.

“I like Limerick, I think it’s a very beautiful place. Mightn’t get as much as a high profile as other cities or towns in the country but there is absolutely everything to be positive about in Limerick.”

In the book, Harding muses on how an unusual gift from his wife inspired him to revisit the religious devotions of his youth.

“I was ordained a priest in 1981,” he explains. “I stayed only two years because the church took a big reverse move, a sudden shock and reversed everything that had been going towards a liberal agenda, liberal theology.

“They just changed it all and reinstated a clerical world. That wasn’t the Church that I had joined. I had a vision of being married, being a writer, having a free life.

“My wife was working in the museum in Warsaw. She’s an artist, a sculptor and she did a year’s university course with the museum in Warsaw. Part of the course was a project to make a replica of a very famous icon, and she chose the Icon of Kazan, a Russian Orthodox icon of the mother of God.

“In the Orthodox Church, these icons are very important, almost used as aids for meditation. So when she gave me the icon she had made as an artist, I thought in one sense it’s like giving a bottle of whiskey to a dry alcoholic because this was something I’d weaned myself off on for three decades.

“(But) I started reading up on the Orthodoxy and how mediation works in that system. I found it very interesting.

“I love religion, I find it's like music, it’s a way I live and breathe,” he explains. “But someone said to me, you should get rid of all this religion, it’s not the solution, it’s the problem. They told me to find some ritual of closure, do something to say goodbye to it.

“And I thought that would be an interesting idea. I had an old chalice I got when I was ordained and they suggested I take that, go out to Skellig Michael, go up to the top and let the chalice go into the ocean. Leave it as a ritual of saying goodbye to all that stuff.

“So I went out to the island with the chalice in me rucksack, but certain things happened at the top of Skellig Michael which made me decide I wouldn’t get rid of the chalice at all, maybe I’d keep it. But I’m not telling you what that was because that will spoil the show,” he laughs.

Michael Harding will read from On Tuesdays I’m a Buddhist this Friday at 8pm in the Lime Tree. See www.limetreetheatre.ie for more and to book tickets.